Food routinely travels across the planet by train, plane and ship, but are all these 'food miles' necessary? Urban farms could put a substantial amount of fresh produce on our tables without the long journeys. 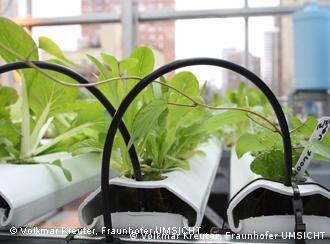 Nowadays it's no surprise to find Californian lettuce in a New York grocer or New Zealand onions in a German supermarket.

A massive logistical operation swings into action every day in industrial societies, just to supply cities with food. Yet some say cities could be doing a lot more to feed themselves.

Volkmar Keuter of the Fraunhofer Institute for Environmental, Safety and Energy Technology in the German town of Oberhausen says cities are full of unused potential to grow food.

"You might have some kind of production going on underneath a roof. Certain industrial installations that produce heat could be used as a greenhouse in winter," he told Deutsche Welle.

"Or you might have office buildings. Offices often have large server rooms that produce heat as they cool the computers. That heat could be used as well." 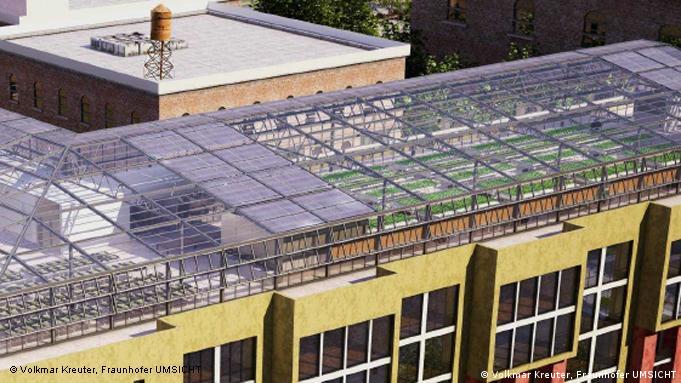 Keuter is an advocate for urban farming. Especially when it comes to using the spaces – and outputs – that we frequently consider 'waste.'

Take sewage. Treated properly, this could be used to fertilize rooftop farming operations.

"You could use the waste water that flows from buildings anyway, and then treat and sanitize it so the roots of the plants get bacteria-free water," he said.

This implies some significant up front investments, but there are savings to be had as well.

"If you could re-claim the nutrients in the waste water – the phosphorus, nitrogen and potassium – you would only need to add a very small amount of fertilizer."

One of the best ways to grow vegetables in cities is with hydroponic systems – using synthetic granulates or fibers instead of soil and recycling water and other nutrients. This has downsides - it can be expensive and energy intensive. But Keuter says there are plenty of advantages at hand.

Hydroponic growers can use the electrical conductivity of their plants' water to measure its nutrient content, allowing growers to maintain optimal growth conditions.

"The plants can be fertilized much more efficiently than with traditional farming, where you often dump too much fertilizer on the plants. In effect, you can guarantee a harvest 10 or 20 times more than traditional farming. You can grow a lot of plants in a very small space," he said. 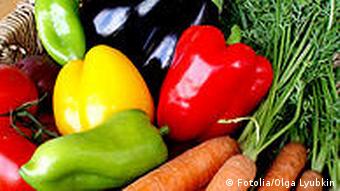 Wouldn't it be nice to pick this from your roof?

Another advantage of a hydroponic system is that the flower pots are very light, since the plants don't need any earth, which is important because most roof structures can't support much weight.

Although most urban roofs can't support the weight of a farm, Keuter says a surprising amount of space is suitable for growing food. He estimates that there are 36,000 hectares available on Germany's rooftops alone.

That's around three times more space than all the greenhouses in the Netherlands.

"Depending on whether you're going for quantity or quality, you could produce around 40 tons of vegetables a year on 1,000 square meters of rooftop. That could be in lettuce or tomatoes, but it could also be in beans or zucchini," Keuter said.

With space for traditional agriculture being reduced worldwide, some scientists believe it might also be worth considering building multi-story greenhouses like skyscrapers.

Though they would need artificial lighting, modern LED technology already hints at the energy-saving possibilities in this regard.

Cologne architect Stefan Schmitz, who works on developing green cities in China, is enthralled by the idea of bringing food production closer to people.

"What I like about it is that you could also introduce it to children and students," Schmitz told Deutsche Welle. "You could show them what agriculture is – how you harvest, how the produce grows."

Urban farming already has a foothold in the United States and China. While it is not usually on rooftops, it is still accessible for town populations. Schmitz has a firm vision for how he would like to see it take hold globally.

"You could be doing your shopping in the mall, for clothes or whatever," he explains. "Then you get a basket and you walk though a greenhouse on the roof to fill it up. So it's self-service, but not all packaged like in a supermarket. It's straight from nature."

A Swiss company has embarked on a project leasing land from rural villages in Sierra Leone to produce European biofuel. Some say this is agricultural development, but others warn it's opportunistic land grabbing. (07.11.2011)

The founder of the Slow Food and Terra Madre movements, Carlo Petrini is a vocal advocate of traditional farming and cooking practices. He tells DW about the importance of supporting small-scale farmers. (17.02.2011)

Food is back on the international agenda. After a few years of easing, food prices reached near record levels in April. One expert says as the world's population explodes, it is time to seriously look at food allocation. (11.05.2011)