′Unprecedented increase in opium production′ | World | Breaking news and perspectives from around the globe | DW | 13.02.2014

Yuri Fedotov, the head of the United Nations Office on Drugs and Crime, tells DW that Afghanistan is now producing record amounts of opium poppy which is destined to become heroin in "new markets." 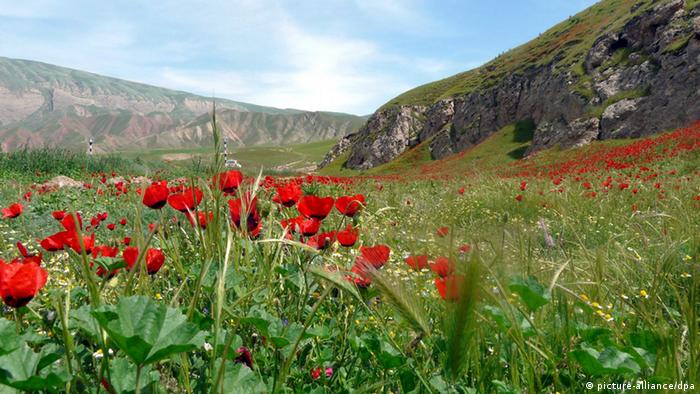 DW: There is concern in the United States and Europe of a flood of heroin on to their markets - where is that heroin coming from?

Yuri Fedotov: There are different sources of heroin and basically if we take Europe it comes mostly from Afghanistan - which produces almost 80 percent of all opium and heroin in the world - and unfortunately the latest reports of the UNDCP show there is an unprecedented increase both in cultivation and production of opium - especially in cultivation. There is a record figure that has reached 200,000 hectares.

They never had such an area of opium poppy cultivation even in the peak of production in 2007 and 2008. So it means that producers and drug dealers, they are guided by the well-known principles of a market economy, and they would never increase production if they were not sure there will be new markets. Destination is mostly Europe but also Africa. Our recent report on Africa indicated there are more and more seizures of heroin in West Africa in addition to cocaine which goes through the trans-Atlantic route from South America to Europe through west Africa. Some of this heroin may reach the United States as well but we estimate that this is not the major route supplying heroin to the United States. 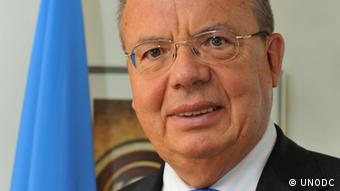 80 percent is the figure given for the increase in use of heroin in the US in recent years - given all the effort that is put into drug control, doesn't it suggest that the policies are failing?

It depends on how you appreciate that. Indeed in the United States there has been a tremendous, a quite noticeable decline in consumption of cocaine in recent decades, almost four-fold, which indicates there are some results but the recent trend of course, the greater use of heroin but also prescription opioids, is a new quite worrisome trend. It means that more efforts have to be done to understand this phenomena and to take appropriate steps.

You've mentioned opioids and drug enforcement officials are also talking about a link between prescription pain killers and heroin abuse. Is it the case that heroin users are moving from those drugs to heroin because of restrictions on the prescription drugs?

I don't see there are major problems in the US of getting prescription drugs. Of course it's more complicated - you need to see a doctor - but there've been no reports of major problems in getting these drugs if they are prescribed by doctors. The point is, prescription drugs produce a less effective high - the state of euphoria is lower than when you are using heroin. Of course when they are already addicted they want to get more and they switch to heroin. Also another explanation is that they can get heroin, not pure heroin but up to 30 to 40 percent purity, so it means it's less expensive than some of the prescription drugs with a more powerful result.

There is obviously publicity around the death of the actor Philip Seymour Hoffman - are you worried that the image of heroin is changing from a negative - the junkie - to a drug associated with a creative high-profile life-style? So a more positive image than in the past…

I think you are right. Drug addiction does not distinguish between rich and poor, successful or losers. The latest victim was not the first one and we have previous reports of tragic deaths of other outstanding Hollywood stars in the US. But we have not to forget that they are not alone and every day about 500 people all over the world are dying of drugs, of drug addiction - not of violence related to drugs, not of related diseases but simply from drug addiction. That is too much.

Afghanistan is the main source of the poppy crop that eventually becomes heroin. As the international forces leave Afghanistan after this long conflict, what are your predictions for the amount of heroin coming on to the markets of Western Europe?

It's a crucial period for the future destiny of this country. The whole situation is quite complicated because of the political transition. That is why we must continue to consider the drug issue and the illicit economy of Afghanistan - and not just as one of the problems this country is facing but as an over-reaching issue that affects everything - security, stability, health of people. Afghanistan is known to have the highest addiction rate of opium and heroin in the world. But also, it generates other forms of trans-national organized crime… corruption.

Do you fear that will increase in the near future?

If the international community does not take that very seriously and does not prioritize efforts to support Afghanistan in this transitional period, it may happen.

The UN's own stated goal is to offer alternatives to the drug crops for the farmers of Afghanistan and other parts of the world - a policy that you have been pursuing for some time. Is it working?

To have a successful alternative development we need two conditions, firstly political commitment of the government and international community and secondly, sufficient funding. Funding which is not only aimed at distributing seeds and fertilizers but development of the whole infrastructure including markets for alternative products. In countries where it works and where governments have been able to develop such a system - supporting farmers including marketing of alternative products - like Colombia - it works. It works in Thailand.

Many years ago they succeeded completely to eradicate opium poppy cultivation, replacing it with other crops. But where we don't have political commitment and even less financial support… we have some programs in Afghanistan but they are just a few drops in the ocean. I visited Afghanistan several times, I met with farmers who are growing opium poppy and psychologically they are prepared to switch from illicit to licit but they complain that they could not find markets for their products. There are no roads, no bridges, no marketplaces, so it complicates hugely the development of alternative crops.

Yuri Fedotov is the Executive Director of the United Nations Office on Drugs and Crime. He is a former Deputy Foreign Minister of the Russian Federation and a former Russian ambassador to the United Kingdom.