US actor Philip Seymour Hoffman has died. The 46-year-old was found dead in his New York apartment. The cause of death was an apparent drug overdose, according to local authorities. 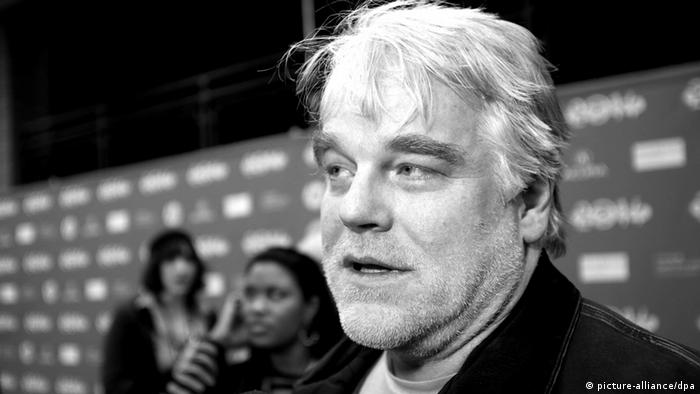 Oscar-winner Philip Seymour Hoffman was found dead in his apartment on Sunday. The New York Police Department said he died of an apparent drug overdose.

"We are devastated by the loss of our beloved Phil and appreciate the outpouring of love and support we have received from everyone," Hoffman's family said in a statement on Sunday afternoon, adding that it wished for the media to respect its privacy.

"Please keep Phil in your thoughts and prayers," they said.

The actor is survived by his partner, Mimi O'Donnell, and their three children.

Philip Seymour Hoffman was born on July 23, 1967 in Fairport, New York. After completing his degree in drama at the prestigious Tisch School of Arts at New York University, he began his film career with smaller roles in hit movies such as "Scent of a Woman" (1992) and "Twister" (1996).

His career took off in the late 1990s with roles in "Boogie Nights" (1997), "Magnolia" (1999) and "The Talented Mr.Ripley" (1999). It was his performance in "Flawless" as a transvestite opposite an ultraconservative police officer, played by Robert DeNiro, that earned him a reputation as a chameleon actor.

In 2005, Hoffman's uncanny portrayal of US author Truman Capote in the film "Capote" won him a Golden Globe and and his only Oscar, in the "Best Actor" category. His childhood friend Dan Futterman also received an Oscar nod for best writing and adapted screenplay for the acclaimed film.

The film actor also enjoyed a highly-respected reputation as a stage actor. He gave memorable performances on Broadway as Willy Loman in Arthur Miller's "Death of a Salesman," Jamie in Eugene O'Neill's "Long Day's Journey into Night" and in leading roles in Sam Shepard's "True West."

Hoffman most recently appeared in the second instalment of the "Hunger Games" movie series.