Unions hail deal to pay out for worker safety in Bangladesh garment sector | Asia | An in-depth look at news from across the continent | DW | 23.01.2018

Unions at a global clothing brand hope its agreement to pay to meet fire and building safety regulations in 150 garment factories in Bangladesh could herald a new era. Time will tell if other brands follow suit. 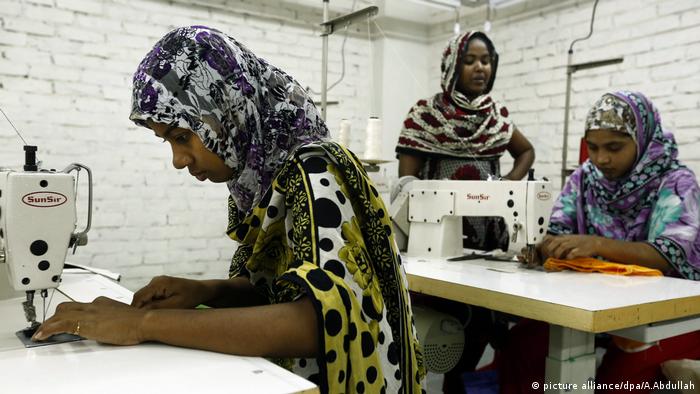 An unnamed global clothing brand has agreed to pay $2.3 million (€1.95 million) to remedy workplace dangers in its 150 factories in Bangladesh, trade unions UNI Global Union and IndustriAll Global Union said in a statement on Tuesday.

The settlement was reached through an arbitration process under the legally-binding Bangladesh Accord on Fire and Building Safety.

"The settlement makes real resources available to over 150 factories so they can finally make the necessary repairs that were needed years ago," Christy Hoffman of UNI Global Union said in a statement.

"Under the Accord, brands must shoulder some of the financial responsibility for fixing the Bangladeshi factories that manufacture their products," said Hoffman.

The brand will also contribute $300,000 to a fund created by UNI Global Union and IndustriAll Global Union to improve pay and conditions for workers in global supply chains.

The Accord was established after a disaster in 2013 when over 1,100 people were killed in the collapse of the Rana Plaza complex.

"This deal means all signatories to the Accord will be held accountable," Kalpana Akhter, executive director of the Bangladesh Center for Workers Solidarity, told DW.

The Accord has almost 200 signatory clothing brands and retailers from over 20 countries, covering 2.5 million workers in Bangladesh's  ready-made garment industry.

Many of the world's largest brands - including Adidas, H&M, Marks & Spencer, Tesco, Top Shop and Uniqlo – signed the Accord.

The unions took the brand - which cannot be named under the terms of the settlement - to the Permanent Court of Arbitration in the Hague, arguing it had not made it financially feasible for its factories to fix safety issues.

These include a lack of fire alarms, sprinkler systems and fire doors, among other problems.

"My reaction is that this is definitely very positive, it is a ground-breaking settlement," Kalpana Akhter said.

Others are even more sanguine. "I think it is very important for workers to get insurance in the textile industry," Taslima Akhter, the head of Bangladesh Garments Sromik Shonghoti, told DW.

"But in this case we are not sure they will get the whole amount. It is very important how the money will be managed and how workers will benefit from it and get safety from it," she added.

The unions are fighting other similar cases and said they hope the decision will serve as an example for others to follow. 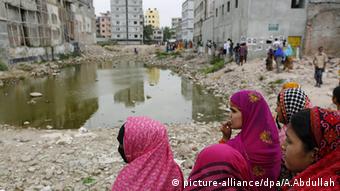 This is the second arbitration case to be settled under the Accord. In December 2017, IndustriALL and UNI reached another agreement with a brand using more than 200 factories in Bangladesh. However, that settlement was reached under an even tighter confidentiality agreement and even the amount of the settlement was kept under wraps.

Accord inspectors have carried out inspections of more than 1,800 factories supplying over 200 brands, identifying over 118,500 fire, electrical, and structural hazards, the unions said.

"Brands have never really accepted responsibility for the working conditions or said sorry for the numerous accidents that keep occurring in these factories," said Sultan Uddin Ahmed of the Bangladesh Institute of Labor Studies.

"This is a good example because brands need to contribute to the improvement of workers' conditions," he told the Thomson Reuters Foundation.

In mid-December the Bangladeshi government started initiatives to revise the minimum pay for workers in the garment industry, which accounts for over 80 percent of Bangladesh's exports.

The unions are demanding 16,000 taka as minimum wage, citing rise in the cost of living following inflation.

Bangladesh has the world's second-largest garment industry, which supplies many Western retailers and earns more than $25 billion a year from exports. The sector has about 2,500 factories that employ more than 4 million workers, mostly women.

But the poor conditions of the garment factory workers drew huge international attention after the 2012 Tazreen Fashions fire and Rana Plaza collapse in 2013.

Furthermore, automation of production, closure of factories and the emergence of other high-potential sectors have all cut the number of workers employed in the garment sector by 0.80 million over the last five years from 4.4 million, according to Syed Sultan Uddin Ahmed, executive director of the Bangladesh Institute of Labor Studies.

Still, Hong Kong's Crystal Group - the world's largest apparel maker by production volume – said in January it plans to increase its human staff in Bangladesh and Vietnam - garment hubs with some of the lowest wages in Asia - by 10 percent annually.

About two-thirds of Crystal Group's sales are from clothes produced in Bangladesh, Vietnam, Cambodia and Sri Lanka, all which are becoming more attractive as production in China, the global leader in clothing production, gets more expensive.

The company makes clothes for many of the world's clothing giants, including H&M, Gap, Fast Retailing (owner of Uniqlo), and L Brands (owner of Victoria's Secret).

A massive fire that ripped through a container depot in Sitakunda in Bangladesh has killed at least 49 people, with the officials fearing the death toll may rise. The cause of the blaze remains unclear.