UNHCR calls for investigation into river-drowning of Syrian refugee in Hungary | News | DW | 05.06.2016

The UN refugee agency has documented over 100 cases of 'excessive use of force' against refugees trying to enter Hungary. Budapest has taken bold measures to block migrants from entering the country. 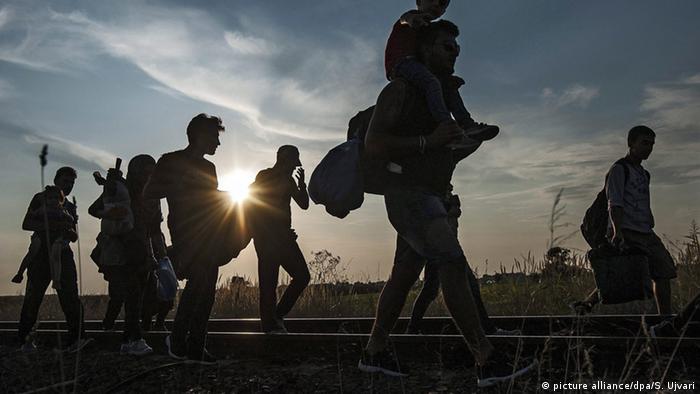 The Office of the UN High Commissioner for Refugees (UNHCR) on Saturday called for an investigation into the circumstances in which a 22-year-old Syrian refugee drowned in the Tisza River in Hungary near Serbia.

"The circumstances that led to this tragic death need to be swiftly and thoroughly investigated by the authorities on both sides of the border," said Montserrat Feixas Vihe, UNHCR's regional representative for central Europe.

"Instead of finding safety and sanctuary in Europe, a young man has tragically lost his life," Vihe added in a statement.

The UNHCR said it documented over 100 cases of "excessive use of force as refugees try to enter Hungary" since May, UNHCR spokesperson Babar Boloch said.

Last year, Budapest vowed to curb migration after hundreds of thousands of migrants - many fleeing war in the Middle East, Asia and Africa - transited through the country in hopes of reaching richer EU nations, including Germany and Sweden.

In September, Hungarian Foreign Minister Peter Szijjarto announced Budapest would build a razor-wire fence along a part of its border with Serbia and Romania to prevent migrants from entering the country.

The announcement came after Hungary declared a "state of emergency" in response to the wave of migration.

In 2015, over one million migrants entered the EU, prompting a politically-charged debate across the 28-nation bloc concerning asylum and resettlement.

US justice department moves to drop Flynn charges 53m ago