UNESCO World Heritage Site in China hit by an earthquake

The Jiuzhaigou National Park with its snowy peaks, waterfalls and clear lakes is a prime tourist attraction in central China. Now, an earthquake has shaken the region. 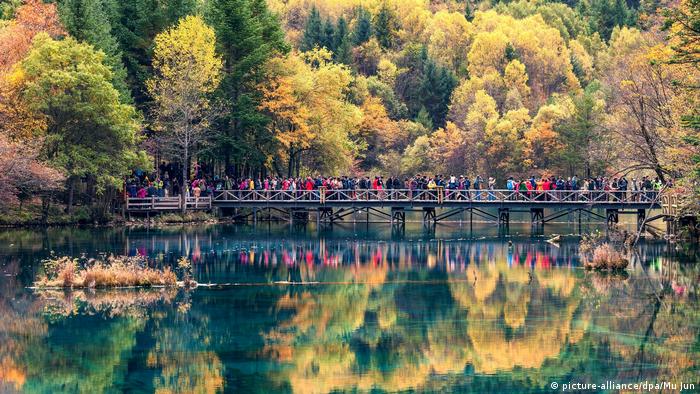 Chinese news agency Xinhua reports that at least six tourists have died.  Among other damage, the tremors caused houses near the park's entrance to collapse.  It was the strongest quake in The Jiuzhaigou National Park since 2008.

The Jiuzhaigou valley holds one of China's most famous national parks. It was added to UNESCO's World Heritage list in 1992. Its 72,000 hectares are home to many birds and rare mammal species such as the giant panda. Over two million tourists come from within China and the world over annually to see the richly hued turquoise-colored lakes and perforated karst landscapes. 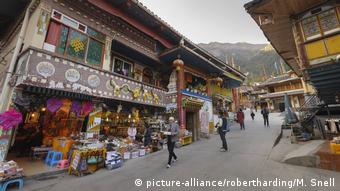 Jiuzhaigou Valley: Home to many Tibetan and other ethic minority villages

Nine villages inhabited by the valley's Tibetan minority are also part of the World Heritage site.

According to Chinese authorities, groups of tourists are being transported out of Jiuzhaigou and brought to safe accommodation.  Some 50,000 tourists are said to have been inside the national park at the time of the quake.

The surprising similarities between ancient Egypt and China

A Berlin exhibition explores how people in ancient Egypt and China had more things in common than commonly assumed - including death cults and funeral rites, drinking habits and cosmetics. (12.07.2017)