Understanding Afghanistan′s Chief Executive Officer | Asia | An in-depth look at news from across the continent | DW | 30.09.2014

Afghanistan has a new president and a chief executive officer (CEO) - a newly-created post akin to prime minister. But what powers does the Afghan CEO have? Can he appoint ministers? Can he sack them? DW finds out. 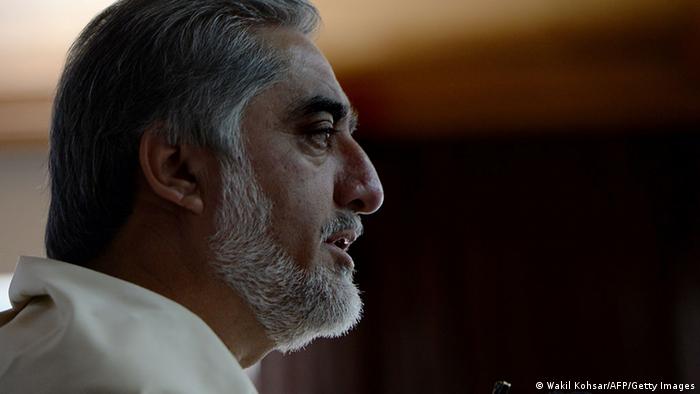 After months of disagreement over the results of the second round of the June 14presidential vote, feuding Afghan candidates Ashraf Ghani and Abdullah Abdullah agreed to form a "national unity government" last week. Former President Hamid Karzai officially handed over power to the two democratically-elected leaders on Monday, September 29. Ghani was sworn in as Afghanistan's new president, whereas Abdullah was appointed as the war-torn country's chief executive officer (CEO).

But what does it mean to be Afghanistan's CEO?

"According to the Afghan constitution, the president can transfer some of his authorities to other government officials. In the case of the Afghan unity government, Ghani has delegated some powers to Abdullah," Professor Abdul Ghafoor Liwal, an expert on constitutional law and director of the Kabul-based Regional Studies Center, told DW. 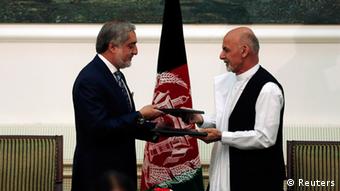 Can the two leaders work together?

Afghanistan will now hold two cabinet meetings – one headed by President Ghani on a monthly basis, and the other weekly conference of the Ministers' Council by CEO Abdullah.

Abdullah can still propose the candidates for various ministries, and experts say that in the light of the power-sharing deal between the two leaders, Ghani has already agreed to appoint some of Abdullah's aides to key ministries, including the foreign ministry.

Within two years, the Loya Jirga (the tribal leaders' assembly) has to meet to decide whether the country's constitution should be amended to create an executive prime minister position for the CEO.

"Because of the extra-constitutional nature of some of the provisions of the current power-sharing agreement, Clause A of the National Unity Government Agreement calls for the convening of a Loya Jirga within two years to consider amending the constitution to create the position of an executive prime minister," Andrew Wilder, Afghanistan expert at the United States Institute of Peace, told DW.

But Wilder believes that the requirement itself is likely to be politically destabilizing and might fuel ethnic tensions given the highly contentious nature of the decentralization debate in Afghan politics. 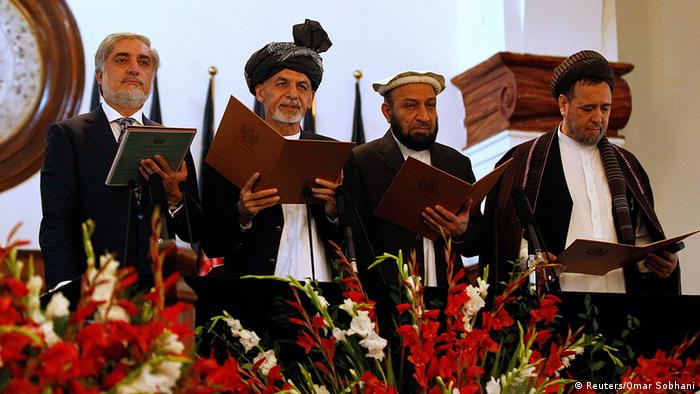 According to the analyst, the examples of unity governments in Cambodia in 1993, or more recently in Zimbabwe and Kenya in 2008, have not been very encouraging: "Let's hope Afghanistan proves to be a positive exception. But the fact that the 2004 Afghan Constitution established a unitary state with executive powers vested in the president, and provided no constitutional support for the CEO position, will very likely generate conflicts between the president and CEO over who is responsible for what," the expert added.

Liwal says it is unlikely that the Loya Jirga will endorse the executive PM post. "Some people ask whether President Ghani would let Abdullah work as CEO or not. My understanding is that it won't come to the point where Ghani has to sack Abdullah," he said.

But many wonder why Abdullah, the winner of the first round of Afghan elections, agreed to take up a weak CEO post. 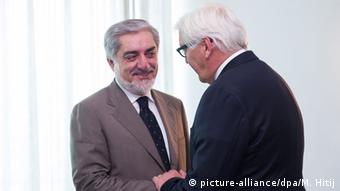 The international community has reportedly facilitated the power-sharing agreement

"He had no other choice," said Liwal. "Ghani had won the presidential run-off by a huge margin. Also the international community wanted Abdullah to work with Ghani. There was also no domestic support for a prolonged conflict over vote count."

Wilder, however, is optimistic that Afghanistan's twin leaders can work together: "I believe Ghani and Abdullah would be able work together - and even complement one another. Both are highly qualified and capable individuals who, while they have their differences, I believe want the best for Afghanistan." The main problem, he points out, is not the two of them, but some of the powerbrokers in their camps who still have considerable influence and will constrain the ability of the president and the CEO to act independently.

Afghanistan finally has a new government. The question, however, remains if it can function and complete its five-year term. Experts consider the new government a short-term solution for the war-torn country. (21.09.2014)