Steinmeier demands end to Afghan power struggle | Asia| An in-depth look at news from across the continent | DW | 06.09.2014 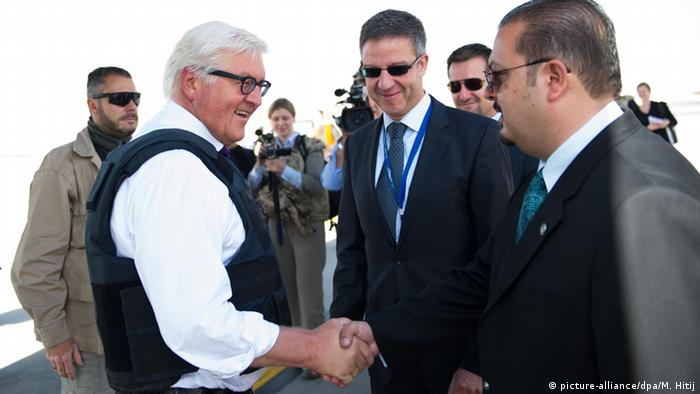 When the Transall plane carrying Germany's foreign minister left Kabul bound for India on Saturday afternoon, Afghanistan still lacked a new president. According to members of Steinmeier's delegation, both hopefuls had Berlin's position explained to them in 45-minute meetings. 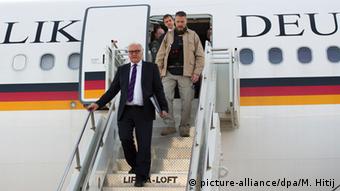 Steinmeier spent a day in Kabul before moving on to India

Germany's top diplomat was of course less explicit when briefing the press. Steinmeier said that he had tried to make it clear "that this was not about a bit of wrangling within Afghanistan's domestic politics." Such bickering was common in Germany too, he said, but in this case the stability of an entire country was at stake. "Afghanistan cannot be allowed to slide back into total conflict between political camps or ethnic groups."

During the election dispute, the Afghan capital Kabul has almost become the unofficial headquarters for election observers the world over. Investigators have taken unprecedented steps in the past week in a bid to solve the dispute: simply gathering together some 32,000 ballot boxes from all over the country, bringing them to one Kabul hall, was a remarkable feat. Checking every one of these boxes, based on a 16-point list, for signs of manipulation seemed an impossible task at first. Given the deep mistrust between the two presidential candidates, the verification of every vote is in turn being observed by international monitors.

At first, staff from various embassies took a crash course in election monitoring, alongside UN personnel on site and other organizations in Afghanistan. Their aim was merely to prevent a vacuum of monitors. Before long, the volunteers began arriving - most young people, some from Germany. One of them excitedly told DW that the experience was "indescribable, it was great."

"We could really achieve something here, we have helped Afghanistan, have done something worthwhile," his colleague said. "What's more, I have met so many interesting, young, well-educated Afghans, that has also really changed my impression of this country."

After the US, Germany sent the largest number of election monitors. Steinmeier expressed his thanks to them from the German embassy in Kabul, saying their efforts' significance could not be understated.

"Sixty men and women from Germany made their way over here just to help," Steinmeier said, adding that they were playing a key role in ensuring that the final, recounted results would be accepted by all candidates and political parties.

No political reconciliation in sight

But the young volunteers are stonily silent when asked if their investigations offer any insight as to who won the disputed election. Apparently the analysis of the electoral data is almost complete.

What's missing is a political consensus between the two main candidates: They have agreed on a national unity government in principle, but not on how to implement one in practice. How would each role be carried out, and what responsibilities should be removed from the president's powerful portfolio? Would the future Afghan "CEO," the job title allocated to the eventual election loser, be able to perform presidential tasks or correspond on presidential letterhead? Afghanistan's constitution offers little room for maneuver. 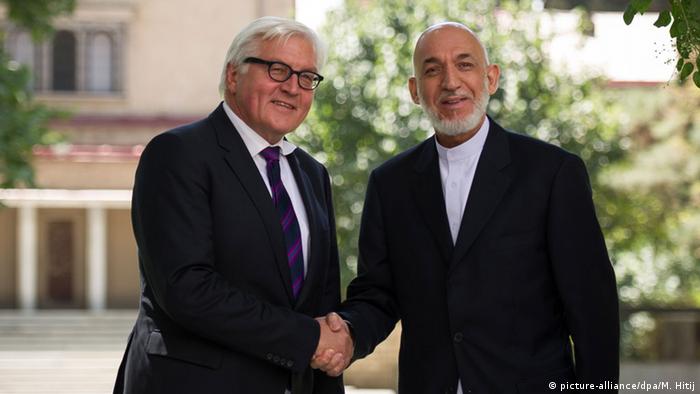 Outgoing President Hamid Karzai elected not to sign the security accord, saying his successor should do so

The answer to when a new president might be named tends to be simply, "in a few days." That's been the case for many days now. The clock's ticking, and it's not just Afghans who are growing impatient. The international community is applying pressure, because by the end of this year, NATO combat troops are set to withdraw from the country - with a small contingent of soldiers, roughly 900 from Germany, due to stay for training and observing purposes. A crucial condition for this residual international troop presence is a security agreement setting the rules by which the troops will operate. Only the president - not a candidate for the office - can sign such a document.

It seems simple enough - no deal, no troops. But a total withdrawal would require different preparations to a partial one, and that work would need to start soon.

The continued instability is also taking its toll on Afghanistan's economy. After year-on-year economic growth of more than 14 percent in 2012, the country logged just 3 percent growth in 2013. Job opportunities are scarce, while the population is booming, roughly two-thirds of Afghans are 25 or younger. Youth dissatisfaction is on the rise: a breeding ground for radicalization and - potentially - for a return of Taliban rule. Afghans' trust in the election process, and the political class, has been damaged by the disputed results.

International businesses and governments that have invested in Afghanistan's future are concerned, an issue Steinmeier also acknowledged in Kabul.

"We will continue to contribute to the civilian reconstruction of this country," Steinmeier said, before cautioning that, in order to do so, clear and reliable structures were required. "That's why the election recount process, the appointment of a new president, and the formation of a new government of national unity are so important."