Afghanistan finally has a new government. The question, however, remains if it can function and complete its five-year term. Experts consider the new government a short-term solution for the war-torn country. 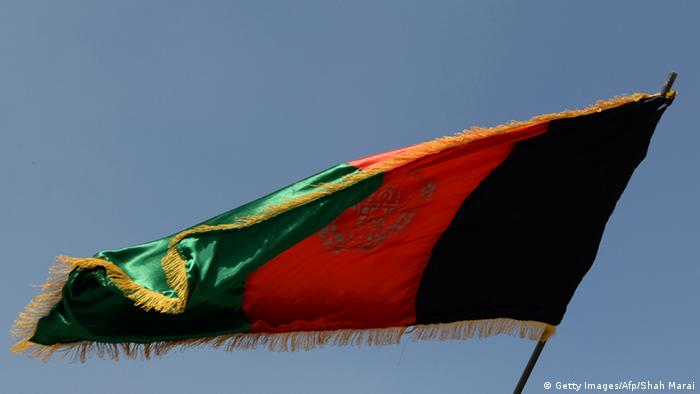 Afghanistan is poised for its first-ever democratic transfer of power from outgoing President Hamid Karzai to the winner of disputed June 14 runoff elections. A power sharing deal has been thrashed out between the candidates, Ashraf Ghani and Abdullah Abdullah, although experts believe the incoming government is only a short-term solution and doubt its future functionality.

“NATO is pressuring for a short-term solution. It is just about a solution which can work in the short run not in the long term,” said Pro. Dr. Conrad Schetter, director of the Bonn International Center for Conversion (BICC).

According to Schetter the two presidential candidates, former World Bank adviser Asharf Ghani Ahmadzai and former foreign minister, Abdullah Abdullah, who will form a national unity government, have different personalities which will make it difficult for them to work alongside each other in the coming months. 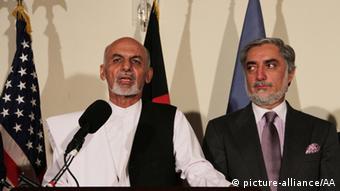 The rival candidates, Ghani and Abdullah, have formed a national unity government

“If you just take Ashraf Ghani, I think for many people it is quit difficult to work with him because he has a clear picture of what he wants and does not allow any objections,” Schetter added.

In the meantime, Schetter points out that both candidates have some common political views for the future of Afghanistan. “Both support the idea of a NATO presence in Afghanistan and they are both open to the development of the country,” Schetter said.

The electoral process in Afghanistan witnessed controversies right from the beginning which almost took the country to the brink of civil war. As soon as the presidential nomination process kicked off, supporters of some candidates accused their rivals of having government support. None of the candidates could win the majority of the votes in the first round; therefore, the process was stretched to a run-off.

The run-off was even more disputed, as both candidates, Asharf Ghani and rival Abdullah Abdullah, claimed victory and accused each other of vote-rigging and fraud. Afghanistan was faced with a deepening political crisis, and fears of ethnically driven civil war emerged among Afghan and international observers.

US intervened to get deal 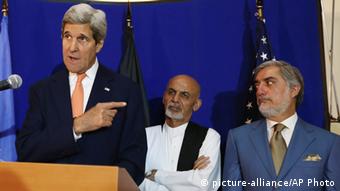 It took two visits to Kabul by US Secretary of State John Kerry to calm the situation down and bring the candidates to the negotiating table. Kerry brokered a deal to investigate one hundred percent of the votes and to form a national unity government once the winner is decided. According to this agreement, the loser in the elections will hold the post of an executive chief in the incoming government.

“This government is not formed through a natural democratic process. That is why I think it will have huge internal problems in two to three years,” Kabul University lecturer Sayed Massud told DW.

Massud believes both candidates and their supporters raised serious accusations on each other when the vote investigation process was under way and according to him this will shadow their future cooperation.

Abdullah has accuses Ghani, the Afghan Independent Election Commission (IEC) and outgoing president Hamid Karzai of plotting against him and inserting more than a million fraudulent votes against him. In the meantime, Ghani strongly denies Abdullah's claims and in turn accuses him of vote-rigging and breaches of the law.

Massud believes the candidates have come together under pressure from the international community and their supporters who have vastly invested in their presidential campaigns.

“Two opposing sides that have raised serious allegations against each other are forming a government […]I think that is why after two to three years the government will have serious internal problems which will be very difficult to resolve,” Massud said.

The new government in Kabul will now have to sign a security agreement with Washington. This agreement will allow NATO forces to legally remain in Afghanistan beyond 2014. It will also have to deal with the Taliban insurgency, which has posed a serious challenge for the country during last decade. And it still remains to be seen which way the national unity government takes Afghanistan

What is in store for Afghanistan after the withdrawal of ISAF peacekeeping forces? In a DW interview, German Major General Dieter Warnecke talks about the problems and prospects facing the country. (21.09.2014)

Palwasha Tokhi, a former employee of the German armed forces in northern Afghanistan, has been stabbed to death in her home. Many others who work for Western organizations in the country also face death threats. (18.09.2014)