Afghan combat mission ′definitely over′ | World| Breaking news and perspectives from around the globe | DW | 21.09.2014

What is in store for Afghanistan after the withdrawal of ISAF peacekeeping forces? In a DW interview, German Major General Dieter Warnecke talks about the problems and prospects facing the country. 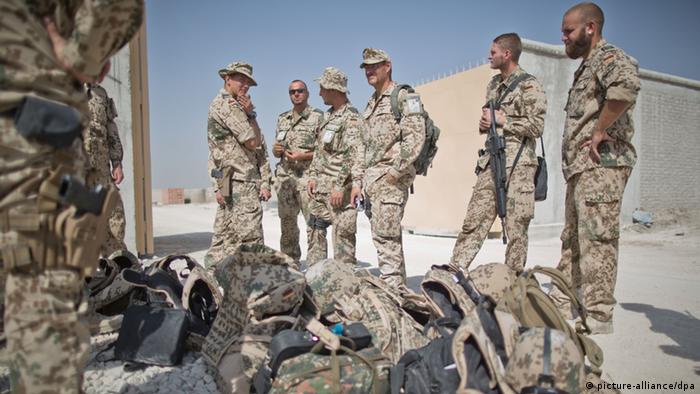 DW: General Warnecke, how has the security situation in Afghanistan developed since the presidential elections in the spring?

Dieter Warnecke: I think that since April we unfortunately have had a kind of power vacuum in Afghanistan, following the election and the ongoing difficult process concerning the election outcome. Essentially, the Afghan government has a limited ability to function. We do not have clarity about who will lead the country into the future as the new president. And because of this, the security situation has become quite difficult. The security forces need guidance, they need clarity and decisiveness from Kabul. Failure to provide this gives insurgents an opportunity to do things they could not do before. But I believe that this can be fixed, once a president is decided on.

Do you worry that the insurgents' flags could soon fly over cities in Afghanistan? 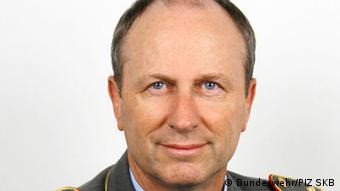 There is no doubt that if the power vacuum in Afghanistan continues to exist, we will have a quite critical situation. It is imperative that we get a decision in Afghanistan, as to how it will proceed. NATO is prepared to provide support, and a follow-on mission is planned. What we need is a decision from the Afghans as to whether and how they want to shape the future of their country.

In the context of the follow-on mission "Resolute Support," that future is supposed to be shaped by the training of Afghan security forces. What should they do and what can they already do?

The development of the Afghan security forces has been a model success. That's what we achieved with the NATO mission. In the past twelve years we have set them up, trained them and equipped them. They are structurally and quantitatively strong. What's missing is in qualitative areas: They still need high-value consulting in the procurement process, in the procurement of spare parts, logistics, perhaps also in air support. So they still lack highly qualified consulting services that would make the army and the police more efficient. We can engage in fighting, but we don't need to any more. A combat mission for NATO is no longer an issue.

The Afghan security forces' losses have increased significantly recently. In addition, many soldiers are deserting. Does the Afghan army need to be made more attractive, as is currently happening with the German army?

True, the Afghan army has certainly had high personnel losses, especially due to soldiers who have been wounded or killed, but also because of soldiers who for various reasons desert. But I think the system is strong enough that it can deal with this. The Afghan army can find and train enough recruits each year. They are not becoming weaker, they are keeping up their strength. The Afghan security forces do not need to campaign to make themselves more attractive. What they need are better leadership qualities.

What happens next with the German military in Afghanistan - especially if there is no security agreement?

We are planning to carry out the "Resolute Support" follow-on mission from Mazar-i-Sharif and Kabul. Our plans are ready, everything is ready for implementation. That would be our priority. If there is no agreement, then of course this is a difficult situation for NATO. Without a security agreement, the use of soldiers in Afghanistan is legally difficult. This could mean that we would have to leave Afghanistan by the end of the year and that would of course mean a lot of pressure. But I do not think that it will come to that.

If there is an agreement, what would be the tasks of the German military?

One thing is certain: If there is an invitation from the Afghan government in the form of a new agreement, we will no longer have a combat mission. This is definitely over. The Afghan security forces can do this by themselves - and this is also our success story. They need support in their system, they need this high-value consulting. They need to "train, advise and assist" as we call it. A very simple example: You have to learn how to purchase spare parts. Behind this is a system that many armies only developed over the course of the years. That's missing there a bit.

Does a follow-on mission in Afghanistan have sufficient support among the German population?

That would be very desirable. The book on Afghanistan isn't closed with the end of the ISAF mandate. Germany has entered a long-term partnership with Afghanistan. The military component in the form of consulting will perhaps continue for a short period, but the civilian component continues to face many tasks that are not yet completely solved at the moment.

Major General Dieter Ernst Warnecke (58) is a division leader for forces based in Bonn. In 2013 he was deputy commander of the ISAF Joint Command in Afghanistan. He was previously in Afghanistan as commander of Regional Command North in Mazar-i-Sharif.

Final results of Afghanistan's June election are due to be issued Sunday amid claims that the presidential rivals have struck a power-sharing deal. Aides to Ashraf Ghani and Abdullah Abdullah say they are ready to sign. (21.09.2014)

Palwasha Tokhi, a former employee of the German armed forces in northern Afghanistan, has been stabbed to death in her home. Many others who work for Western organizations in the country also face death threats. (18.09.2014)