Future Afghan government to face ′looming fiscal crisis′ | Asia| An in-depth look at news from across the continent | DW | 16.09.2014

With growing hopes for the conclusion of a disputed presidential poll, analyst William Byrd talks to DW about the economic challenges awaiting Afghanistan's future government and concerns about a looming fiscal crisis. 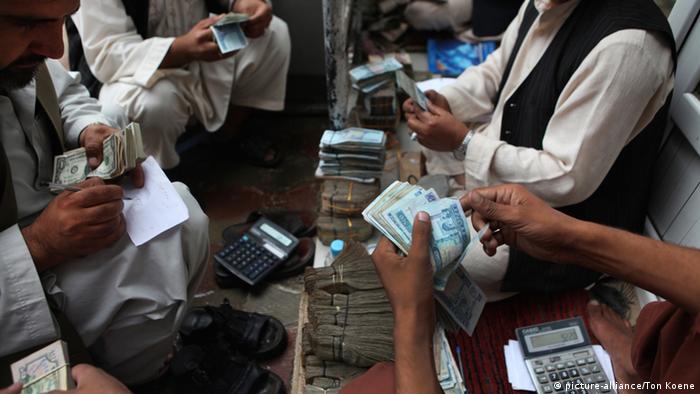 For the past few months, Afghanistan has been plunged in a crisis over the fraud-tainted June 14 presidential runoff election aimed at determining the successor of President Hamid Karzai. Final results in the disputed vote are expected this week, regardless of whether or not the two rival candidates - former Finance Minister Ashraf Ghani and ex-Foreign Minister Abdullah Abdullah - form a unity government as previously agreed in a deal brokered by US Secretary of State John Kerry, an election official was quoted as saying. A "breakthrough" in the negotiations may have been reached, however, according to a spokesman of President Karzai.

In addition to the electoral crisis, the country is facing a looming fiscal crisis that reflects worsening domestic revenue shortfalls since 2011, which could reach one billion USD in 2014, as economist and Afghanistan expert William Byrd says in a DW interview. Averting this crisis will require strong leadership from the new Afghan government that will be replacing the Karzai administration, he adds, but warns that things will only get worse the longer political uncertainty persists.

DW: What economic prospects is Afghanistan facing at the moment?

William Byrd: Economic growth in Afghanistan has been slowing down during the past several years as the transition has been unfolding and aid and other international spending has started to decline. The medium-term outlook is for continuing economic growth, but at a much slower pace than during the past 12 years, when GDP grew by over 9 percent per year on average. Provided that the security and political situation do not further deteriorate, slow economic growth can be expected, but not an economic collapse. 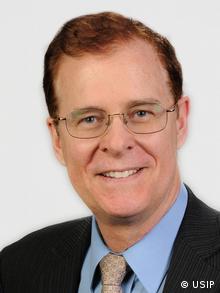 Byrd: 'The pledges of security and civilian aid made by the international community need to be fulfilled and maintained'

However, currently and in the short run, the Afghan economy is hostage to political and security developments and other uncertainties. The Afghan government's failure last year to sign the Bilateral Security Agreement (BSA) with the United States has compounded the uncertainty inevitably associated with the political transition.

The delay in the completion of the election process has had further damaging economic consequences. And the May 27 US government announcement, which occurred in the midst of the Afghan presidential campaign - between the first and second rounds of voting - that all US troops will be pulled out of Afghanistan by the end of 2016, is another factor undermining economic stability and business confidence.

How have these developments impacted the economy?

One of the most serious adverse outcomes has been declining government revenues and a looming fiscal crisis that will be faced by the new government, and which will only get worse the longer political uncertainty persists. The fiscal crisis will not result in soaring unfinanced budget deficits and galloping inflation, but rather there is a risk of expenditure collapse. Already the government’s discretionary development program has been brought almost to a standstill, and non-wage operations and maintenance (O&M) spending has been gutted.

What is at the root of this economic crisis?

In the short run, uncertainty and loss of confidence related to the political transition, associated short time horizons, and concerns about future security and political developments, are the main factors precipitating the economic slowdown and loss of revenues.

Turning to the medium-term (next 5-10 years), Afghanistan faces the daunting development challenges of a land-locked, low-income country in conflict, with a relatively weak state and in a difficult regional neighborhood characterized by a number of major geopolitical fissures.

You spoke of a looming fiscal crisis, what factors or policies are currently undermining Afghanistan's revenue system?

The slowdown in economic activity is a major factor behind the poor performance of Afghan domestic revenues - mainly as a result of declining imports and customs duties - but in addition, rampant short-termism and apparently worsening levels of corruption are resulting in revenues not being collected or being diverted.

A spokesman for Abdullah Abdullah says the Afghan presidential candidate will reject the results of the election audit. The move could deepen the crisis and prove catastrophic, analyst Michael Kugelman tells DW. (27.08.2014)

As Afghans head to the polls on June 14, there are growing concerns over the country's economic future after foreign troops leave. The IMF's Paul Ross talks to DW about the challenges facing the next government. (09.06.2014)

Afghan economy at a crossroads

After achieving remarkable growth over the past decade, Afghanistan's economy is starting to flounder at a time when NATO troops prepare to pull out. DW examines the economic challenges ahead for the war-torn country. (25.03.2014)

A notable example of costly corruption is the fraud and theft at Kabul Bank, whose total cost has been close to a billion dollars. As another example, underground mineral resources are being extracted, often without paying contractually stipulated royalties and taxes. There are also more structural issues, such as the high dependence on customs duties and narrow tax base.

What will be the main fiscal challenges awaiting the future Afghan president?

The worsening revenue situation, excessive expenditures which will have to be much better prioritized than in the past; unrealistic budgets which have consistently been underperformed in recent years; and declining aid which will require adept management to mitigate the adverse fiscal and economic effects.

What can be done to improve the situation?

Appointment of effective leaders and strong management teams in key agencies of the new government, such as the Ministry of Finance and Central Bank; strong signals from the top about the importance of revenue collection and focus on this as a policy priority; a credible program of reforms with meaningful upfront actions (which will be required not least to mobilize aid from the international community); cutting and prioritizing expenditures; and promulgating a realistic national budget for 2015.

More generally, the ability of the new government to take strong actions in key policy areas such as fiscal management must not be weakened as a result of political compromises which may be made in forming a "government of national unity." Overemphasis on short-run political stability at the expense of government effectiveness would be self-defeating.

What is your economic outlook for Afghanistan in the coming months?

Economic weakness will continue as long as the political uncertainty remains, with further worsening of the revenue picture and snowballing recession in the economy. If and when the presidential election process is completed, if the outcome is moderately successful in bringing in a new government seen as credible and legitimate, a short-run economic turnaround can be expected, which should translate into at least some rebound in investment, imports, economic activity, and revenues. The challenge will be to transform any short-run economic “bump” into sustained economic growth in coming years.

The US is Afghanistan's biggest foreign donor. What is the US willing to do to keep the Afghan economy afloat given the dire outlook? 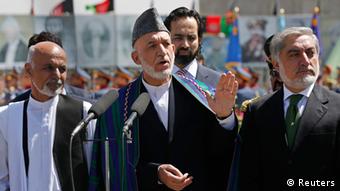 Byrd: 'Economic weakness will continue as long as the political uncertainty remains'

The pledges of security aid and civilian aid, respectively made by the international community at the Chicago and Tokyo meetings in 2012, need to be fulfilled and maintained. The recent NATO summit reaffirmed these commitments on the security side. While other partner nations have also made significant aid commitments, the US will need to provide the largest share of both civilian and security assistance to Afghanistan.

It will also be very important for aid to Afghanistan to have more of a stimulating effect within Afghanistan than in the past, when most aid for Afghanistan was not spent within the country and did not benefit the Afghan economy.

William A. Byrd is a senior expert at the Washington-based United States Institute of Peace. He is a development economist with long experience of working on Afghanistan and has published extensively on Afghanistan's economy and other topics.