Under pressure in Iraq and Syria, is ′Islamic State′ turning to Afghanistan? | Asia| An in-depth look at news from across the continent | DW | 26.10.2016

Under pressure in Iraq and Syria, is 'Islamic State' turning to Afghanistan?

Kabul claims that suspected "Islamic State" militants have killed over 30 civilians in the western Ghor province. Experts say the setbacks in Iraq and Syria could be a reason behind the group's focus on Afghanistan. 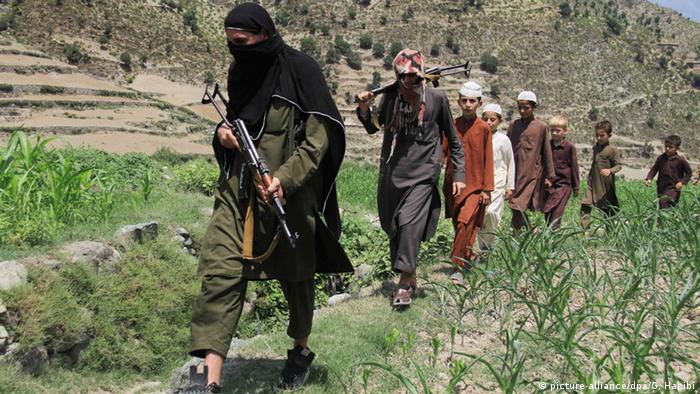 "These civilians are believed to have been killed by 'Islamic State' members," Abdul Hai Khatibi, a spokesman for the governor of Ghor, told DW.

Provincial police chief Mustafa Muhsini also confirmed the attack, adding that the civilians were killed in an apparent act of revenge by militants.

"Locals had killed an IS commander in the area on Tuesday during clashes that broke out after the group abducted 33 civilians," Muhsini said. "Militants avenged it by killing all the people they had abducted," he added.

Local government officials said Wednesday that militants linked to the Islamic State group killed around 30 civilians, including children, in retaliation for the killing of an 'IS' commander. (26.10.2016)

The latest incident in Ghor raises concerns about the extent of IS presence in Afghanistan. The militant group, which is mainly active in Iraq and Syria, claimed responsibility for the twin suicide attacks in Kabul that killed at least 80 and wounded hundreds more in July. It, however, didn't say it was behind the Ghor killings.

Afghan officials first acknowledged the group as a threat in early 2015. IS, officials claimed at the time, was confined only to the eastern Nangarhar province where it controlled most parts of the Achin district. The government subsequently launched military operations in the area and declared victory against IS in March this year.

In August, Washington and Kabul confirmed that Hafiz Saeed Khan, IS' regional chief for the so-called Khurasan branch that includes Afghanistan, Pakistan and parts of Central Asian countries, had been killed in a US drone strike on July 26.

The attacks in Kabul and Ghor province carry IS hallmarks, and many people in Afghanistan fear that the group is becoming a serious threat to the country's security. However, experts warn against jumping to a conclusion about IS' strength in the country.

"All that IS has been able to do in the Afghanistan-Pakistan region so far is control some small pockets of territory in eastern Afghanistan," Michael Kugelman, a South Asia analyst at the Washington-based Woodrow Wilson International Center for Scholars, told DW in August.

"Afghan forces, US air power, and, significantly, Taliban forces have successfully pushed IS fighters back," the expert added. 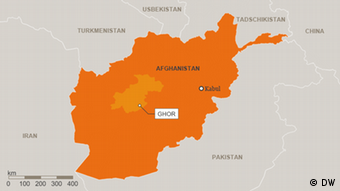 Militants that claim to have forged an alliance with IS are usually the ones rejected by other insurgent Afghan groups that have a significant presence in the war-torn country. They could be the ones behind the latest attack in Ghor.

"It was a group of 15 to 20 people who were rejected by the Taliban and are now claiming to be IS members," Muhsini said.

It is possible that the attackers may have received some guidance from IS members active in Afghanistan, the official added. However, it is very difficult to verify whether small militias like the one behind the attack in Ghor were in contact with the IS command.

Despite suffering heavy casualties in Nangarhar early this year, IS seems to have regrouped as it launched fresh attacks in the province last week, making significant advances towards the district capital. But the group is facing resistance from both the locals and government troops.

"They killed women and children and destroyed our homes," said a Nangarhar resident on condition of anonymity. He and others, who were forced to flee their homes, have picked up arms to fight against the militants. 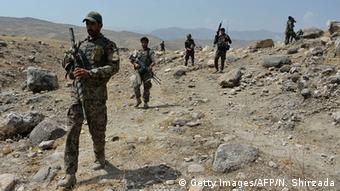 Kabul claimed victory over IS in Nangarhar in March

"I will fight them until I kill them or I am killed," the resident added.

In Afghanistan, IS may not pose a serious threat at the moment but it could gain strength in the future as it is increasingly coming under pressure in Syria and Iraq, according to Siegfried O. Wolf, a South Asia expert at the University of Heidelberg.

"As a result of setbacks in Iraq and Syria, we will most likely experience a major influx of IS fighters into Afghanistan and Pakistan looking for new areas of operations," Wolf told DW.

The signs of so-called Islamic State's increased activities in Afghanistan and Pakistan are already emerging.