The United Nations, with the help of the World Bank, intends to form a task force to deal with the unprecedented rise in global food prices, the UN Secretary General Ban Ki-moon announced on Tuesday, April 29. 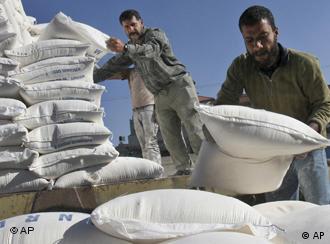 The heads of UN agencies will be brought together to provide a coordinated response on the issue of rising food prices while the World Bank plans a rapid financing facility to help poor and fragile countries in particular and provide quicker, more flexible financing for others.

UN Secretary-General Ban Ki-moon said an immediate priority would be to "feed the hungry," urging countries to "urgently and fully" fund the World Food Program, a UN agency aiming to feed 73 million people this year. Ban also cited as another urgent priority support for farmers so as to "ensure food for tomorrow."

"In order to take this forward we have agreed to establish a UN task force on global food crisis that I will chair and will bring together heads of specialized agencies and ... institutions into effective and coordinated mechanisms," he said.

A UN statement regarding the food crisis stated that the dramatic escalation in worldwide food prices has evolved into an unprecedented challenge of global proportions and added that crisis was having a large effect on "the world's most vulnerable, including the urban poor." 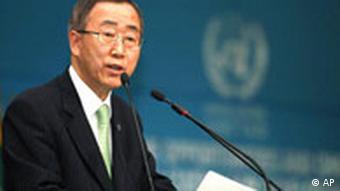 After meeting with 27 key international agencies in Berne, Switzerland to hammer out a battle plan of emergency measures, while exploring other longer-term measures to solve the global food crisis, Ban said an extra $755 million (485 million euros) would be needed by the program due to the sharp jump in prices.

But in the long-term, he acknowledged that there is an "urgent necessity to address structural and policy issues that have contributed to this crisis as well as the challenge posed by climate change."

World Food Program head Josette Sheeran told reporters: "We have pledges of 471 million, but only 18 million is cash in hand. We can't procure food until we have cash in hand. So we're in a really urgent timeframe to getting a commitment as soon as possible." 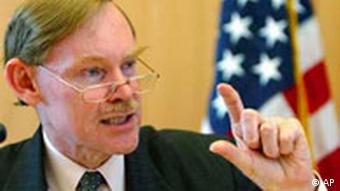 The World Bank issued a statement Tuesday saying it would double its lending for agriculture in Africa over the next year to $800 million.

"Though we have seen wheat prices fall over the last few days, rice and corn prices are likely to remain high, and wheat relatively so," World Bank President Robert Zoellick told journalists.

Both Zoellick and Ban urged leaders not to ban food exports, since this would make the problem worse.

"We are urging countries not to use export bans," Zoellick said. "These controls encourage hoarding, drive up prices and hurt the poorest people around the world who are struggling to feed themselves."

Pascal Lamy, the director-general of the World Trade Organization (WTO), said the crisis was another urgent reason to conclude the Doha round of trade talks to open up world trade, an attempt to liberalize trade in food and other goods and services by cutting tariffs and subsidies.

"I believe that today's call for action under the auspices of the UN secretary-general can help WTO members gather the necessary political energy in order to help developing countries to increase their food production capacity," Lamy said.

Over 40 percent of the EU's budget goes to agricultural subsidies. Are they partly responsible for the current food crisis? The EU says no, but experts say subsidies can imbalance the market over the long-term. (28.04.2008)

EU and Japanese Leaders Call for Action on Food Prices

Germany to Give Another 10 Million Euros to UN Food Program

Should the UN call on all developing nations to contribute to the World Food Program's cash drive? Please include your full name and country with any reply.