UN to set up war crimes panel for Syria investigations

The UN has approved a resolution to set up a panel to gather evidence of possible war crimes in Syria. Syria's UN Ambassador Bashar Ja'afari said the resolution was illegal and a threat to a solution to the conflict. 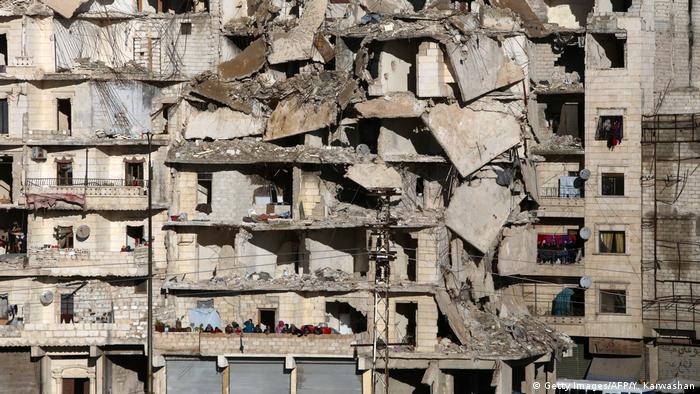 The 193-member body adopted a resolution Wednesday by a vote of 105 to 15 with 52 abstentions.  Iran, China and Russia - Syrian President Bashar al-Assad's main ally - were among the countries which voted against.

"The General Assembly today demonstrated that it can take the reins on questions of justice in the face of a Security Council deadlock," said Balkees Jarah of Human Rights Watch. "The countries that voted for this unprecedented Syria resolution took a critically important stand for victims of grave crimes."

The resolution stresses the need for the new body "to closely coordinate" with an independent commission appointed by the UN Human Rights Council which has said war crimes are "rampant" in Syria.

Syria and her ally Russia accused the assembly of interfering in the work of the Security Council.  Syria's Ambassador Bashar Jafaari slammed the measure, saying it was contrary to the UN charter and a "flagrant interference in the internal affairs of a UN member-state."

The resolution tasks the UN secretary-general to report within 20 days on the establishment of the new panel, which will be funded by the United Nations.  It will set up an "international, impartial and independent mechanism to assist in the investigation and prosecution of those responsible for the most serious crimes" in Syria since March 2011, when the conflict began.

The panel will "collect, consolidate, preserve and analyze evidence of violations of international humanitarian law and human rights violations and abuses and prepare files in order to facilitate and expedite fair and independent criminal proceedings," according to the draft text.

Meanwhile, a UN inquiry has concluded that a UN aid convoy that was bombed while en route to the besieged city of Aleppo in September had come under air attack, but was unable to identify the perpetrators.

In a summary of the findings released on Wednesday, the UN said the convoy had been "subject to an attack from the air, using multiple types of munitions deployed from more than one aircraft and aircraft type."

At least 10 people were killed and 22 injured in the September 19 attack at Urem al-Kubra, near Aleppo, as a fragile ceasefire agreed to by the US and Russia collapsed.

The inquiry panel said it had received reports that three Syria helicopters and three aircraft were "highly likely" to have perpetrated the attack and that a Russian plane was also suspected of being involved.

"However, the board did not have access to raw data to support these assertions and, in their absence, it was unable to draw a definitive conclusion," the inquiry reported.

Russia and Syria have denied involvement in the bombing.

The board of inquiry, led by retired Indian general Abhijit Guha, was not allowed to visit the scene of the attack in Urem al-Kubra, but it did travel to Syria in early December.

Although fighting has resumed in Aleppo, the Syrian regime, backed by Russia and Iran, has registered a military victory there. The scandal is that the world is standing by as civilians are murdered, says Rainer Sollich. (14.12.2016)