The UN has announced the launch of Yemen peace talks. The Houthi movement's leader has said his group will attend, but doubts loom over the participation of Yemeni President Hadi's exiled government. 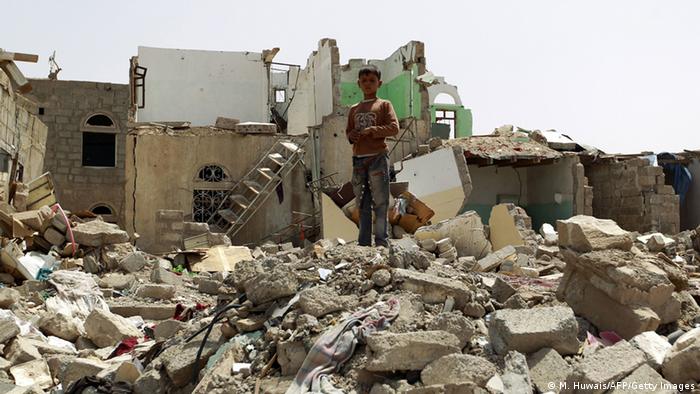 UN Secretary-General Ban Ki-moon announced on Wednesday that talks to bring peace to Yemen will take place May 28 in Geneva.

"The Secretary-General is pleased to announce the launch of inclusive consultations starting on 28 May in Geneva to restore momentum toward a Yemeni-led political transition process," the UN statement said.

All parties are urged to engage in talks without preconditions in order to achieve an "inclusive, negotiated political settlement," the secretary-general said. Ban is expected to attend the opening.

Rebel leader Abdul-Malik al-Houthi welcomed the announcement, adding that his movement was ready for UN-brokered talks to reach a resolution.

"The political problem can only be solved by a return to political dialogue," al-Houthi said in a televised speech. "We, and all the revolutionary forces in Yemen, are ready for dialogue under the auspices of the United Nations in a neutral county."

In line with a UN Security Council resolution passed in April, Houthis are expected to withdraw from captured cities before talks can take place, Yassin added.

However, Yemen's UN ambassador, Khaled Alyemany, told reporters in New York that all parties would be represented at the talks.

The announcement followed Houthi-boycotted talks in the Saudi capital of Riyadh. The three-day summit ended Tuesday with calls for Houthi disarmament and withdrawal from captured cities as a precondition for talks.

The conflict in Yemen has left more than 1,800 dead and 7,000 injured since a Saudi-led coalition initiated a military campaign in the impoverished country in March.