Recent fighting in South Sudan has forced over 26,000 people to flee the country into neighboring Uganda, said the UN refugee agency. The UN warned that the rising influx has stretched the capacity of reception centers. 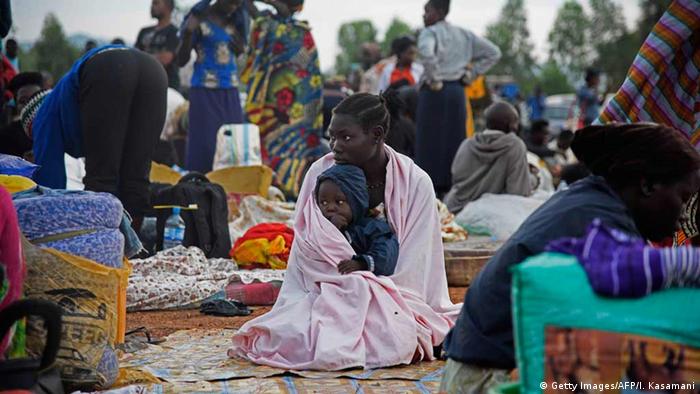 Over 26,000 South Sudanese refugees displaced by violence crossed the border into Uganda this month, reported the United Nations refugee agency (UNHCR) on Friday.

He added that 24,321 of the refugees had arrived in the previous six days alone.

Despite an uneasy peace in South Sudan's capitial, Juba, the number of people arriving at reception centers has continued, the UN official said, adding that 90 percent of the new arrivals are women and children.

Fighting erupted in early July between forces loyal to President Salva Kiir and those who support Vice President Riek Machar.

The political situation in South Sudan has long been riddled with rivalries and splits between leaders contesting for power and influence in the oil-producing nation. South Sudan only gained independence from Sudan five years ago.

Europeans turn back clocks for daylight savings, perhaps for last time 0m ago

Lee Kun-Hee, the force behind Samsung's rise, dies at 78 2h ago

Who is Maryam Nawaz, the face of Pakistan's anti-government movement? 5h ago