The UN Security Council has voted unanimously to approve a 30-day humanitarian ceasefire in Syria. Shortly after the vote, reports suggested that warplanes had once again struck the rebel-held enclave of eastern Ghouta. 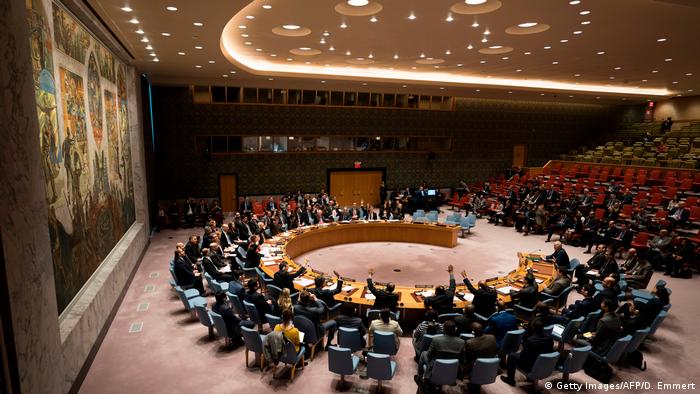 The ceasefire was to come into effect immediately, according to the resolution passed on Saturday by the UN Security Council.

The vote had been delayed as negotiations over the text drafted by Kuwait and Sweden continued with the Russian delegation.

The council spent two weeks negotiating a draft resolution that would demand a ceasefire "without delay" to allow immediate deliveries of humanitarian aid and medical evacuations.

The UN vote was initially slated for Thursday but was repeatedly postponed as diplomats scrambled to avert a veto by Russia, the main backer of Syrian President Bashar al-Assad's regime.

During the Security Council's meeting, US Ambassador to the UN Nikki Haley scolded Russia for stalling.

"Every minute the council waited on Russia, the human suffering grew," she said.

Russian Ambassador Vassily Nebenzia rejected the accusations, saying a demand for a ceasefire that was "feasible" was the reason for the extended negotiations.

The German Foreign Ministry welcomed the resolution, adding that the "ceasefire agreement must be immediately implemented to allow access to people in need."

On Saturday, warplanes again pounded eastern Ghouta, a suburb of Damascus, killing at least 41 people. More than 500 civilians, a number of them children, have been killed in seven days of relentless bombardment.

On the ground in Syria, two major rebel factions in eastern Ghouta welcomed the 30-day truce deal. In separate statements, Jaish al-Islam and Failaq al-Rahman vowed to commit to the ceasefire but warned that they would respond to violation by the Syrian regime or its allies.

According to the Syrian Observatory for Human Rights (SOHR), a UK-based monitoring group, warplanes backed by Russian air power struck the town of Shifouniyeh in eastern Ghouta just minutes after the UN vote. 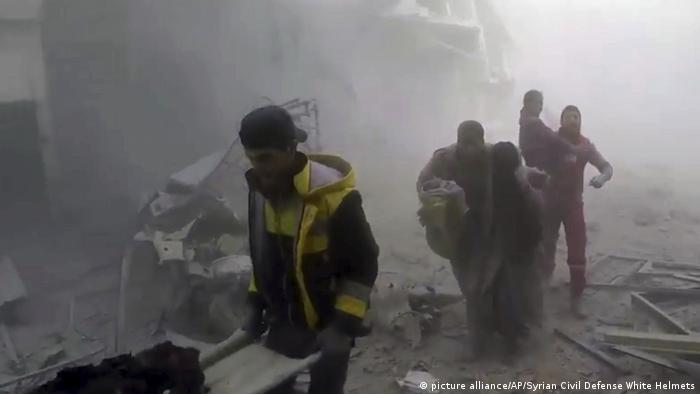 To avoid a veto by Russia, Security Council members were forced to significantly water down the original text of the temporary ceasefire resolution.

The initial resolution's statement that the truce period would begin 72 hours after the adoption was scrapped and replaced by "without delay." The term "immediate" was also removed in reference to aid delivery and civilian evacuations.

In another concession to Moscow, the agreement allows Syria's government to continue military operations against the "Islamic State" (IS) and al-Qaida, as well as "individuals, groups, undertakings and entities" associated with the terror alliances.

Syria's government has used the term "terror group" in reference to both militias and the rebel groups it is targeting in eastern Ghouta, suggesting the resolution could prove to be a dead letter.

On Saturday, the SOHR reported that 127 children were among the 513 people killed in the bombing campaign, which the regime launched on February 18, targeting the enclave just outside Damascus. The SOHR reports that the airstrikes were being carried out by Syrian and Russian forces.

Russia has pressed for a negotiated withdrawal of rebel fighters and their families such as the one that saw the government retake full control of Aleppo in December 2016. However, the rebel groups have so far refused.

The enclave is completely surrounded by government-controlled territory, and its 400,000 residents are unwilling or unable to flee the siege.

The UN Security Council has delayed a vote on a possible 30-day truce in Syria to Saturday. Russia, the Syrian government's main backer, has said it is prepared to support such a deal given the right conditions. (24.02.2018)

The United States has vetoed a UN Security Council resolution that could decide the fate of those involved in terrorism-related activities, over differences on the question of repatriating foreign fighters.