Opinion: Hell on Earth rages in Syria's eastern Ghouta, while the world watches

The UN head has demanded an immediate halt to fighting in eastern Ghouta; Merkel and Macron say the Syrian regime as massacring its own people. But the world isn't doomed to sit back and watch, says DW's Bachir Amroune. 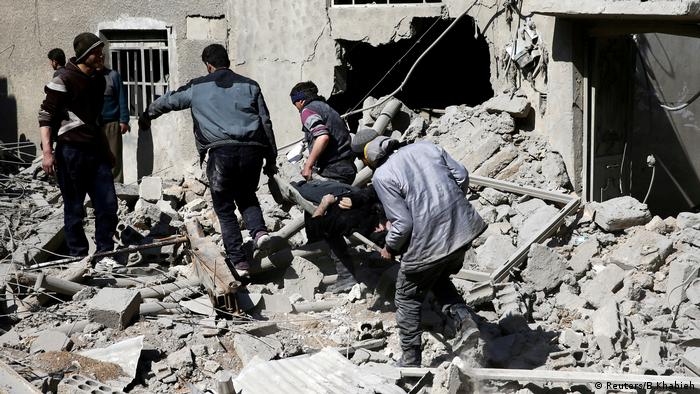 It is said that regular exposure to images of death and destruction has a numbing effect. For almost seven years now, we have been confronted with such images from Syria on a daily basis; we are also confronted daily with the number of deaths and injuries. And the fact is that we often deal with it, especially journalists, as if it were an abstract quantity: 30 dead here, 57 injured there, while hundreds of thousands are fleeing. As background information, we also mention time and again that the civil war there has claimed more than 500,000 lives. Half a million sounds like a nice, round number. But no one can really comprehend, or truly grasp, such a figure.

But now and again we are shaken to the core, when our daily lives are interrupted by the incomprehensible. One of the most extreme examples is the current situation in eastern Ghouta. The suburb on the outskirts of Damascus was already exposed to a chemical attack in 2013. For almost five years, some 350,000 civilians have been besieged and starved by troops loyal to the regime.

This strategy has already been implemented several times. The best-known example is what happened in Aleppo. The city collapsed at the end of 2016 after the longest siege in decades, which killed around 30,000 people.

Bombs are raining on shelters

For several weeks Damascus has been trying to recapture eastern Ghouta. It is strategically important because of its position between the capital and the international airport. The level of violence in the area has set a new record in the seven-year civil war: The army's artillery is shooting indiscriminately at the approximately 100-square-meter area northeast of Damascus. Syrian and Russian fighter jets are launching up to 100 attacks per day, destroying hospitals, homes and bomb shelters belonging to the local civilian population. And this is despite the fact that the region is one of the four so-called de-escalation zones, whose protection has been guaranteed by Moscow.

The consequences are devastating. The population is on the verge of collapse. Survivors only leave the underground shelters during the short pauses between attacks, to try feverishly to rescue the injured and search for food. In the past six days alone, almost 500 civilians have been killed, including 100 children. The images of these children, wrapped in white shrouds, with only their small, peaceful faces visible, often carried by their weeping fathers, are among the worst things that reach the outside world since this war began.

According to Moscow, terrorists are solely responsible for this situation. By this they are officially referring to fighters belonging to al-Qaeda and the IS, who are excluded from all ceasefire agreements. But the term "terrorist” is extended at will, and as needed, to all groups opposing the Assad regime. In addition, the opposition was offered safe conduct, Moscow says. This is how Moscow and Damascus describe the tactic they have been following for years, which is the forced relocation of the entire communities who oppose the regime. For the opposition, this is clearly a war crime.

While people are dying every day, the UN Security Council has spent the last two weeks preparing a vote on a draft resolution brought in by Kuwait and Sweden, which provides for a 30-day humanitarian ceasefire in Syria. There has been no success on this front so far. Last Thursday, there was a failure to reach an agreement in the UN Security Council. The Russians were demanding several amendments to the text, which were rejected by the other members. 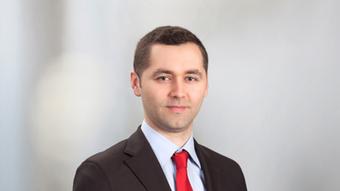 A vote scheduled for Friday has already been postponed twice. This is for fear that Moscow could exercise its right of veto on the issue of Syria, for the twelfth time. But even if an agreement is reached, there are concerns that the UN resolution, like most ceasefire agreements before it, will not be complied with. Nor does the regime make any secret of the fact that its aim is to militarily recapture the whole of Syria.

A military incident in the oil and gas-rich eastern Syrian province of Deir el-Zour about two weeks ago shows that the world is not condemned to stand idly by. Troops loyal to the Syrian regime were advancing on a position held by Kurdish fighters belonging to Syria's Democratic Forces, who are allied with the USA. At least 200 attackers are said to have been killed in air strikes by the US Air Force, including dozens of Russians. When it comes to protecting its own important interests, the United States is not afraid to escalate tensions with Russia. Unfortunately, protecting the people of eastern Ghouta is not one of them.