The UN resolution for a ceasefire in Syria has been described by opposition leaders as 'unrealistic.' The peace plan makes no mention of President Assad giving up power, which remains a key issue. 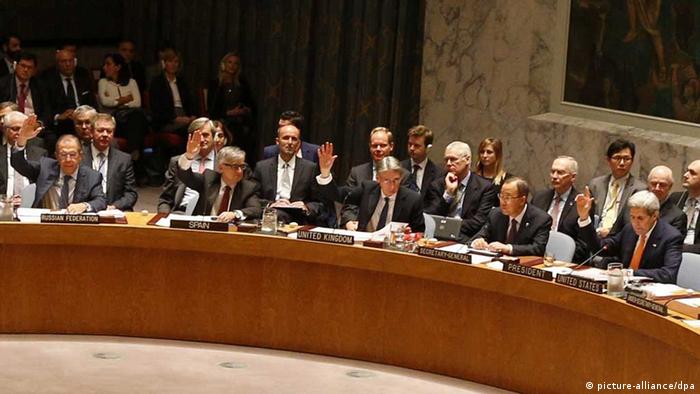 The US-Russian initiative foresees talks between the rebels and the regime and a rapid ceasefire. It also predicts a transitional government in Syria within six months, with new elections following within the next year and a half.

The document was adopted unanimously by the UN Security Council.

However, the resolution does not address the future of President Bashar al-Assad, the most divisive issue of the peace process. The opposition insists that Assad must be removed from power.

"It did not say what Assad's fate will be," Ahmad Ramadan, a spokesman for the National Coalition said. "The resolution did not talk about the terrorism being carried out by the Syrian regime against its people."

Another member of the Istanbul-based coalition, Samir al-Nashar, called the resolution "unrealistic and difficult to implement."

The US and its Arab allies agreed that Assad must step down during the peace process, while Moscow and Tehran insisted his future should be left to the Syrian people.

The Damascus authorities reacted cautiously to the Russian-backed resolution.

"The Syrian government is open to any initiatives or true efforts to help the country get out of the crisis," Syria's UN ambassador Bashar al-Jaafari said.

"Having any successful political track requires the participation of the Syrian government in it as a main partner. So, it is very important to coordinate and cooperate with the Syrian government on different points related to this track," he added, according to the official Syrian News Agency SANA.

Assad has repeatedly rejected calls to step down.

Over 250,000 people have died in the Syrian civil war, which started with pro-democracy protests in 2011.