The UN Security Council has unanimously agreed on a resolution to end the war in Syria. A good first step, but not nearly enough, says DW’s Miodrag Soric. 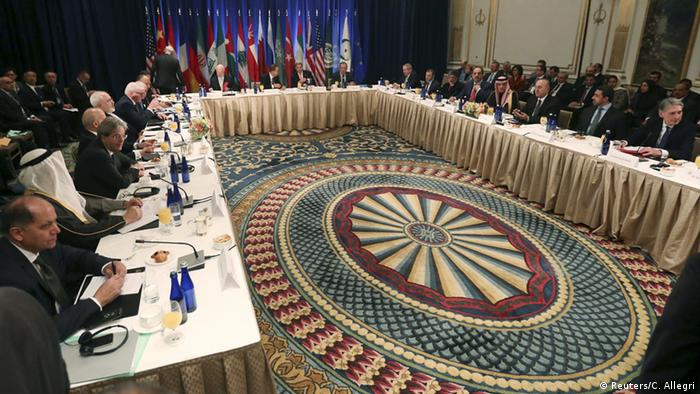 It looks good on paper: The UN Security Council's five veto powers and other important states, including Germany, have adopted a draft resolution on Syria in New York. It states that Damascus should have a transitional government within six months, and new elections in one and a half years at the latest. It does not mention, however, the future fate of Syrian President Bashar al-Assad. Russia and Iran continue to support the regime in Damascus, while US President Barack Obama has made it clear that Assad can only ever be a transitional negotiating partner. The disagreement on the Assad question remains.

Just what this UN resolution can achieve will become clear in the second half of January. That's when members of the Assad government and rebel forces will sit down at a table together in Geneva. The very people that are right now trying to kill each other are then meant to work together constructively, even govern together. But is that even possible? The skepticism is great on all sides.

Not least because Assad's opponents are anything but unified. Secular and strict Islamic forces have very different ideas about Syria's future. A few days ago, Saudi Arabia attempted to bring Sunni rebels together, with only moderate success. One German newspaper called Saudi Arabia's Syrian opposition league a "ghost alliance." If with all of its millions, Riyadh is unable to bring the Syrian opposition together for a short time, how should the international community manage it?

Officially at least, Saudi Arabia and Iran are supporting the resolution. But Riyadh and Tehran continue to view each other with mistrust, and the resolution on Syria has done little to change that.

Difference of opinion between US and Turkey

Another problem is that the United States and Turkey disagree about whether or not to support the Kurds in northern Syria, and if so, to what extent. Washington sees them as a valuable ally in the fight against the terrorist militia "Islamic State." The Obama administration wants to continue sending weapons and funds to the Kurds. But that has alarmed Ankara, because some Syrian Kurds cooperate with the PKK, Ankara's archenemy. The US and Turkey have so far managed to sweep this issue under the rug. But given that the Kurds are likely to play a significant role in shaping Syria's future, how much longer will they be able to ignore it?

Even after the UN resolution, risks abound that the project to bring peace to Syria will fail. If a ceasefire could be achieved in the weeks to come, that would already be a huge step forward. Until now, only one organization has profited from the lack of unity among the international community: "Islamic State."

Opinion: Europe should listen more to Africa on migration 15h ago