UN Secretary General Antonio Guterres asked donors for $2.6 billion in humanitarian aid for war-torn Yemen. He called for a "political solution" to truly end the suffering of the Yemeni people. 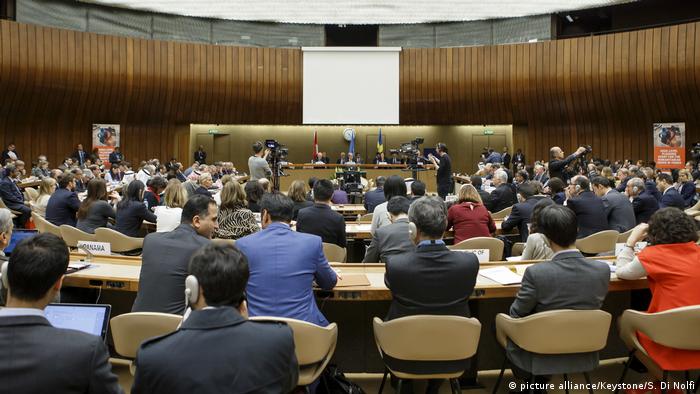 The United Nations (UN) appealed on Tuesday at a conference co-hosted by the UN and the governments of Switzerland and Sweden for $2.6 billion (€2.1 billion) to help the people of Yemen.

"Yemen is the world's worst humanitarian crisis," UN Secretary General Antonio Guterres said.
After three years of conflict, 22.2 million of 27 million Yemenis are in need of humanitarian help. He said the situation for children was particularly bad, with half of them malnourished, two million absent from school and others facing the threat of being made to fight.

Describing the situation as "catastrophic," Guterres said that although the UN had contained the cholera epidemic and helped avert famine, there was no room for donor "complacency."

Saudi Arabia and the United Arab Emirates (UAE) pledged $930 million on Tuesday. The Gulf neighbors have been key military players in the conflict.

The European Union promised $132 million. "To save lives on the ground, all parties to the conflict must ensure safe, unhindered and continuous humanitarian access to all affected communities in Yemen," Christos Stylianides, the European commissioner for aid, said.

So far in 2018, and prior to the Geneva conference, donors have contributed $303 million in humanitarian aid for Yemen. Nearly half of the funds came from the United States, with a contribution of $138 million, followed by an unspecified donor of $51 million, and third on the list was Germany with $39.5 million.

The funds are to be spent on improving food supplies and agriculture, to help the nearly 18 million people who are currently in food insecurity.

Guterres called for all parties in the conflict to allow aid to flow to the needy "without conditions." 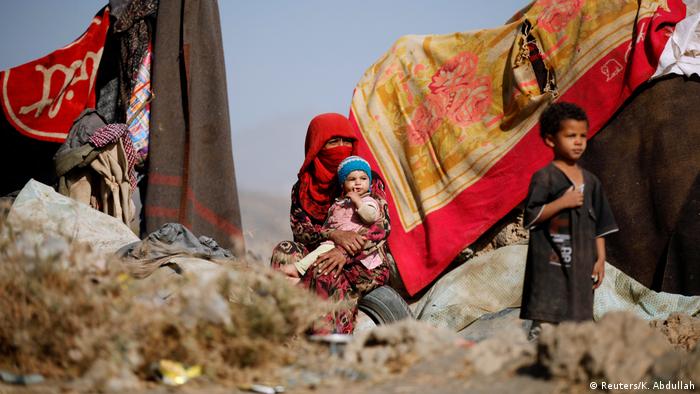 A woman with her children at the Dharawan camp near Sanaa

"All ports must remain open to humanitarian and commercial cargo, the medicines, food and the fuel needed to deliver them. Sanaa airport is also a lifeline that must be kept open," Guterres said.

The plea was echoed by Switzerland's Vice President, Ueli Maurer, who said that airports in Yemen must be reopened permanently.

Yemen's foreign minister, Abdel-Malek al-Mekhlafi, said that his government aimed to open up access to ports and airports for humanitarian aid supplies and to pave the way for talks: "We need to find the ideal solution which is a return to the talks table, to put an end the war, to return to a sustainable system supported by the people of Yemen," he said. Guterres called for a political solution to the violence, reminding donors that humanitarian aid alone would not bring an end to suffering.

"A negotiated political settlement through inclusive intra-Yemeni dialogue is the only solution. I urge all parties to engage with my new Special Envoy, Martin Griffiths, without delay," the UN Secretary General said.