The United Nations has said it will keep working with charities in Syria. This after 70 relief groups said they plan to suspend ties with the UN due to its links to the Syrian government. 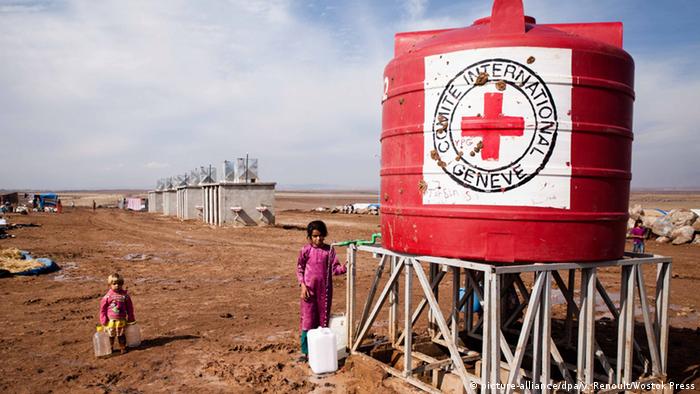 A UN spokesman on Thursday praised what he called the "tremendous work" of charities in Syria, saying they "provide assistance to millions of Syrians in desperate need," adding that the UN hoped to have a dialogue with the over 70 agencies that signed an open letter this week criticizing the UN's role in Syria.

"We're going to continue to engage with them and all humanitarian partners in order to improve our collective efforts and reach as many people as we can in Syria," Stephane Dujarric, a UN spokesman for Secretary-General Ban Ki-moon said in a statement. 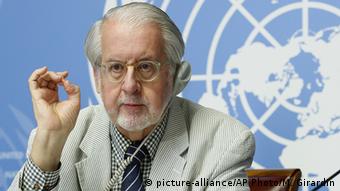 Chairperson of the Independent Commission of Inquiry on Syria Paulo Pinheiro

"We welcome any public scrutiny to our humanitarian work in Syria," he added.

The Syrian government insists that the UN work from a list of approved partners.

A coalition of 73 charities sent an open letter to the UN on Thursday saying its agencies and its partners in Syria were under the "significant and substantial" influence of President Bashar al-Assad.

"We have little hope that the UN-coordinated humanitarian response might operate independently of the political priorities of the Syrian government," the letter said. The Assad government manipulates relief efforts to deprive Syrians in besieged areas outside government control from much needed services, it continued. The charities requested that a new monitoring body oversee relief work in Syria.

The aid groups working in Syria and neighboring Jordan, Lebanon and Turkey also announced that they are suspending participation in an information-sharing program aimed at improving aid deliveries as a first step to protest the Syrian government's "political influence" and the inaction of Damascus-based UN agencies and humanitarian organizations.

An investigation in the British newspaper "The Guardian" last week showed that lucrative contracts had been awarded to people close to Assad.

The newspaper found aid money has gone to a charity set up by Assad's wife and to groups and businesses under US and EU sanctions.

The newspaper said it had analyzed hundreds of UN contracts awarded since 2011, finding the UN's World Health Organization (WHO) had spent over $5 million on Syria's national blood bank, which is controlled by Assad's defense department. It also found the UN had paid over $13 million to the Syrian government to improve farming and agriculture - although the EU has banned trade with those departments.

Over 250,000 people have died and 11 million from a population of 23 million have been forced from their homes in Syria's five-year war which started as an uprising against Assad's rule.

Thirty aid agencies believe UN Security Council members have undermined their own commitments on Syria. They say the past 12 months has seen a "horrendous escalation in violence" and civilian displacement. (11.03.2016)

International donors have gathered in London to raise a record $9 billion (8.1 billion euros) for millions impacted by war in Syria. Past funding drives fell short and donors failed to deliver. (04.02.2016)