The UN has declared the situation in Yemen to be the highest level of humanitarian emergency. The country has been torn apart by a conflict between Houthi rebels and troops loyal to exiled leader Abed Rabbo Mansour Hadi. 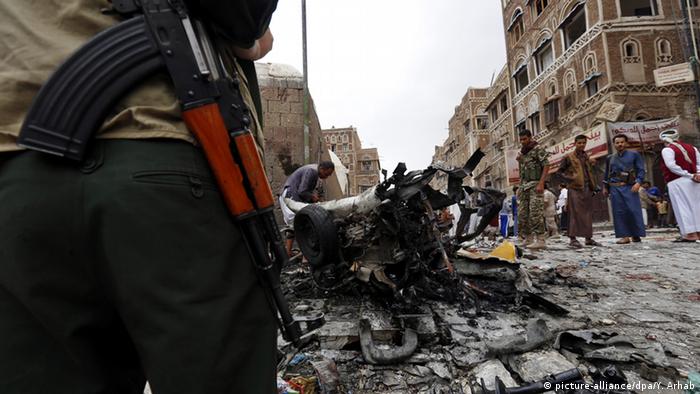 The decision to declare a "Level 3" humanitarian emergency was made at a meeting held by the United Nations' humanitarian chief Stephen O'Brien on Wednesday. UN spokesman Farhan Haq said the decision was unanimous, and that "all agencies agreed to declare the level three for a period of six months." The announcement means the UN now has to deal with four top-level humanitarian crises, including in Iraq, Syria and South Sudan. The new status triggers UN-wide staffing and funding to step up aid.

According to UN figures, 21.1 million people in Yemen, which is more than 80 percent of its population, are in need of aid, with 13 million also facing "a food security crisis." Around 9.4 million have little or no access to water, increasing the risk of contracting water-borne diseases such as cholera. Haq said a new UN humanitarian response plan will target 11.7 million Yemenis who are the greatest in need.

Just last week, the UN's Yemen envoy, Ismail Ould Cheikh Ahmed, described the Arab world's poorest country as "one step" away from famine. He, along with other high-ranking UN officials, called for all parties involved in the conflict to allow for a break in the fighting during the holy month of Ramadan, and permit the delivery of much-needed aid. "The health system is facing imminent collapse with the closure of at least 160 health facilities due to insecurity, lack of fuel and supplies," Haq said.

There have also been attempts at getting more commercial cargo ships to ports across Yemen, which is dependent on imports of food and other supplies. Ten of the nation's 22 governorates are currently classified as food emergencies.

Fighting in Yemen intensified in March, when an alliance, led by neighboring Saudi Arabia, began launching airstrikes on Houthi rebels. The Houthis, who are allied with former President Ali Abdullah Saleh, now control vast swathes of the country. The internationally-recognized leader, President Abed Rabbo Mansour Hadi, is currently in exile in Saudi Arabia. The World Health Organization estimates 3,083 people have been killed, and more than 14,000 injured since the violence began. UN-sponsored talks in Geneva last month proved fruitless, although both sides agreed on the desperate need for a pause in the conflict.