The United Nations says $1.6 billion is needed this year to help people in Yemen. It warns of a "looming catastrophe" as peace talks between rebels and the exiled government continue. 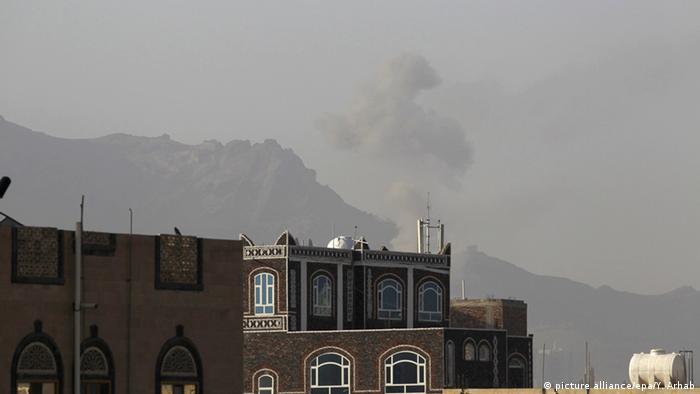 The $1.6 billion (1.4 billion euros) were needed for the "constantly increasing humanitarian needs in Yemen" until the end of 2015, Jens Laerke, spokesman for the UN's humanitarian agency, told reporters on Friday in Geneva.

"People across the country are struggling to feed their families. Basic services are collapsing in all regions," UN Emergency Relief Coordinator Stephen O'Brien said.

Laerke said more than "21 million people, or 80 percent of the population, are now estimated to be in need of some form of humanitarian aid." The World Health Organization said on Friday that a "major health crisis is unfolding in Yemen, where hospitals have been destroyed, health workers killed and critical shortages of food, medical supplies and fuel are causing large-scale suffering," according to a statement.

The warring parties refused to sit together at the negotiating table, forcing Mauritania's Ahmed to shuttle between the two sides.

The UN envoy told reporters that peace talks had concluded Friday without reaching an agreement. He did not specify a time for future talks, but said any truce deal would "require further consultation."

The foreign minister of the Yemeni government in exile said he was still "optimistic" a peaceful solution could be found.

"Unfortunately the Houthi delegation did not allow us to really reach all progress as we expected. This is not getting as much success as we hoped but it doesn't mean that we have failed," Riad Yassin told reporters.

UN Secretary-General Ban Ki-moon launched the negotiations in Geneva on Monday, with an appeal for a two-week humanitarian truce during the holy Muslim month of Ramadan. But the negotiations were bogged down by the government's insistence that the rebels must withdraw from the vast territory they control, and its protest over the size of the rebel delegation, which is more than double of the pre-agreed number of 10.

Yemen has been rocked by a deadly conflict between Iran-backed Shiite rebels and troops loyal to exiled President Abed Rabbo Mansour Hadi, who fled to Saudi Arabia in February.

The Houthi rebels, who are largely Shiite and are thought to be receiving support from Iran, have overrun much of the Sunni-dominated country and, along with their allies - forces loyal to ousted president Ali Abdullah Saleh - have been targeted by Saudi-led air strikes since March. More than 2,600 people have been killed since then.

‘Out of control’ violence has led to the highest-ever increase of refugees in a single year, says the UN. If 2014’s refugees were grouped together as a nation, it would be the world’s 24th largest. (18.06.2015)

The leader of al Qaeda on the Arabian Peninsula has been killed in a drone strike in Yemen. Nasir al-Wahishi spent years as a top aide to Osama bin Laden. (16.06.2015)