The UN secretary-general has pushed for additional peacekeepers in CAR. He is expected to discuss the political crisis in Cameroon with President Paul Biya. 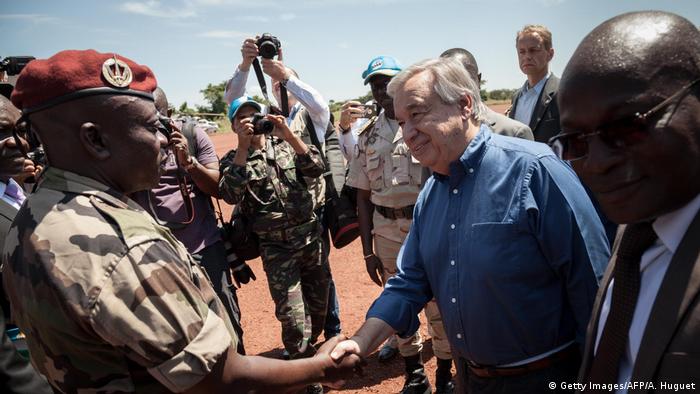 UN chief Antonio Guterres this week visited the Central African Republic (CAR) in an effort to draw attention to what he has called a forgotten crisis.

Despite the presence of more than 10,000 peacekeepers as part of the MINUSCA mandate, an increasing number of civilians have become victims of massacres. Earlier this week, more than a dozen people were killed in an attack by armed militias in the small town of Bassangou.

Civil war broke out in CAR in 2013 following a coup. For a time the conflict appeared to be under control; however, it has significantly worsened over the past few months. The situation on the ground remains confusing: armed groups, which use religious and ethnic differences to their advantage, terrorize the population, which in turn reacts by forming its own self-defense militias, while the government remains powerless.

On Thursday, Guterres praised a new program launched by CAR President Faustin-Archange Touadera, which attempts to disarm militia members and reintegrate them into civil society. 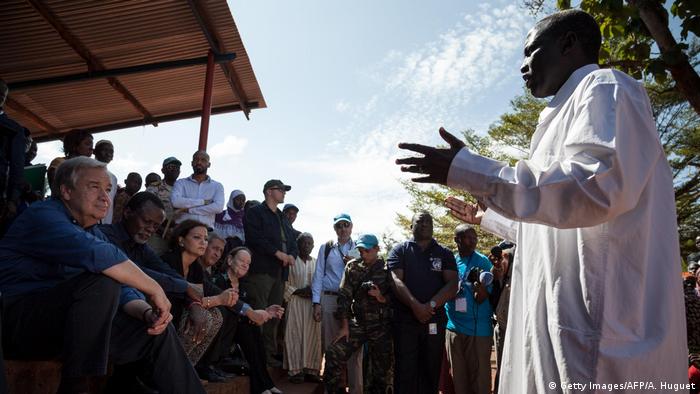 In the capital, Bangui, residents are feeling a combination of grief and rage as the violence continues to escalate. "The Central African Republic is doing badly," Paul-Crescent Beninga, a civil society spokesperson told DW, "The uncertainty is growing."

Earlier in his visit, Guterres took part in one of the many funeral parades being held in the city, while emphasizing the importance of securing peace at all costs. In November the MINUSCA mandate will expire, leaving the Security Council to decide on the terms of extension. In the lead-up to the decision, Guterres is doing his best to highlight the worsening security situation in CAR, pushing for a stronger mandate with at least 900 additional UN peacekeepers.

However, a number of peacekeepers stationed in CAR have themselves been accused of serious misbehavior, including sexual abuse.

"This visit by the UN secretary-general hopefully means that criticism of the UN mission will also increase," Tim Glawion, a Central Africa expert at the Hamburg GIGA Institute, told DW. He says it is important to take the concerns of the local population seriously in order to restore confidence in the international community.

Guterres is aware of this fact; however, it will not be an easy problem to fix, according to Glawion: "The core problem of US peacekeeping forces is that they should not represent the local population, but the international community and their own countries of origin. These 900 [additional] peacekeepers will do nothing on the ground, nothing at all." 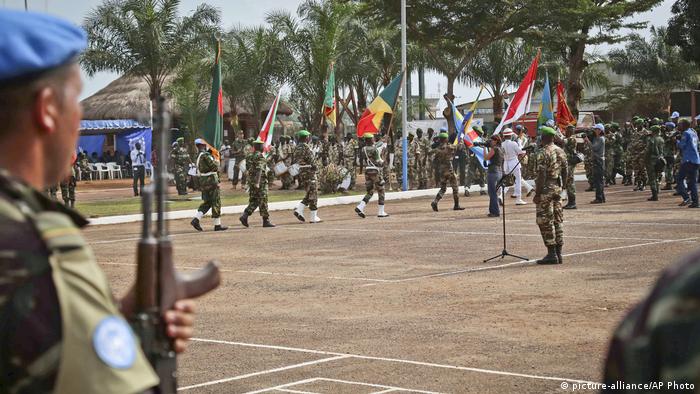 UN Peacekeepers take part in a ceremony in the capital of Bangui in CAR.

Guterres is also expected to meet with Cameroonian President Paul Biya late on Friday to discuss the ongoing conflict with the country's anglophone community.

"We are going to be able to assess the recent evolution of (the situation of) the anglophone community," Guterres told AFP reporters on Thursday.

The majority French-speaking Cameroon also has a significant English-speaking community. Resentment between the two populations culminated in a symbolic declaration of independence on October 1 for a new anglophone state called Ambazonia. This resulted in a swift crackdown by the government, which remains strongly opposed to secession. 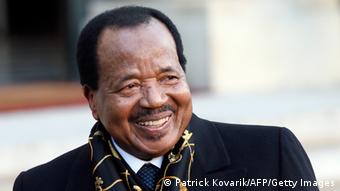 Many English speakers in the northern regions of the country say they have long experienced inequality and discrimination at the hands of the francophone community and the government.

Guterres is also expected to speak with Biya about the influx of displaced people from the Central African Republic (CAR) into Cameroon.

The international community wants local forces in Central African Republic to shoulder more responsibility for security. But reform of the nation's defense sector is fraught with problems. (09.05.2017)