UN on spot over sexual assaults in CAR

A human rights group says the allegations against UN peacekeepers of sexual abuse and exploitation are alarming and an embarrassment for the UN. The Code Blue campaign calls for an end to impunity. 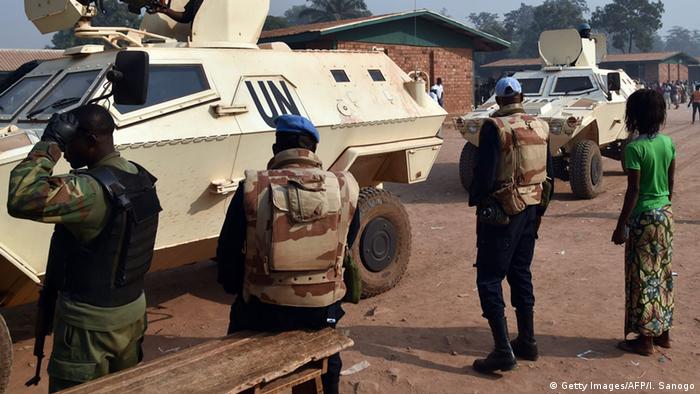 A new UN report says 69 allegations of sexual exploitation and abuse were reported in 10 peacekeeping missions in 2015 and calls for on site court martials of alleged perpetrators and DNA testing to identify them.

It further says that military personnel, international police, other staff and volunteers at 10 missions were involved in alleged abuses.

Almost a third of the claims in 2015 were made in the Central African Republic.

Most of the peacekeeping troops there were from the Democratic Republic of Congo (DRC).

The organization's co-director, Paula Donovan, told DW in an interview that UN member states should no longer depend on UN bureaucracy to heal its internal crisis of sexual exploitation and abuse.

DW: You obtained a copy of this report, what are some of the special measures the UN is bound to address to end sexual exploitation and abuse?

Paula Donovan: The United Nations has a policy of zero tolerance for sexual exploitation and abuse. That means any person - whether military or non-military - who works in peacekeeping operations under the UN's banner is absolutely prohibited from engaging in any sort of sexual crimes or having sexual relations with anyone in the so-called host country. The special measures report which comes out every year indicates the Secretary General's progress in implementing zero tolerance, in making sure that any staff, any soldier or police who are accused of such transgressions are investigated and, where necessary, prosecuted and brought to justice. This latest progress report shows that the problem got worse than the year before, that the problem is persistant and the special measures that have been put in place to stop the sexual exploitation and abuse are not working.

Currently, the way the UN is structured, the way it is dealing with this problem, makes it almost impossible to prosecute the offenders. There are tremendously long and unnecessary delays or they try to find out who has the appropriate jurisdiction to start an investigation. They wait around for an investigator to arrive on the scene - this can take weeks and weeks during which all the evidence is lost and witnesses are paid off and intimidated or just disappear. In some cases, the perpetrators' term in the country ends and they are rotated to another mission or the contingent moves out as the UN puts in an unnecessarily complicated process which essentially obstructs justice. 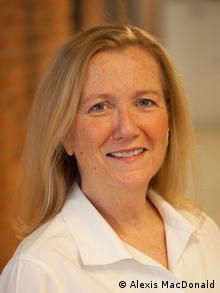 What the UN could do, is simply create independent investigator bodies and judiciaries on site where crimes occur which could move in immediately as soon as an alleged victim reports an offence.

Don't you think sexual abuse cases by UN peacekeepers, wherever they are stationed, are bound to increase in the coming years if nothing is done about the perpetrators?

They will definitely increase because already the cases that we hear about and the people who come forward represent a tiny fraction of the actual cases of sexual abuse Everyone knows that this is true; everywhere around the world only a small percentage of people who are sexually abused and raped come forward because they don't feel justice is going to be served or they think it is futile. The more people go unpunished, the more there is a culture of impunity that will result in more sexual abuse.

In 2014, some French troops were accused of sexual misconduct in the Central African Republic. What happened after that? Was anyone held responsible as President Francois Hollande had promised?

To-date, no one has been charged with the crime and so justice has basically not yet been served in any way, shape or form. The Secretary General had to appoint a panel to look into the way the United Nations dealt with those crimes. The UN were the first people to hear from the young boys who were sexually abused by French and other soldiers in the country and the UN did absolutely nothing with those reports.

At least two of the boys were subsequently raped again. The Secretary General appointed a panel to look at how this problem was handled; the panel came back and said that the response to that series of crimes was a gross institutional failure. And now we learn that the very senior officials who were cited in the report for being responsible in large part for that gross institutional failure have never been held accountable by the Secretary General, and now they are presiding over the committees and high level task groups that will look at the recommendations of that external panel and decide which ones to choose or to reject.

Paula Donovan is Co-Director of AIDS-Free World and its Code Blue campaign.

A new report has named the countries whose UN peacekeeping troops have committed sex crimes abroad. The number of reported crimes is a noteable increase from last year. (04.03.2016)

Central African Republic has elected a new president bringing a ray of hope to the nation after two years of sectarian fighting. Some refugees who fled the unrest for neighboring countries are thinking of returning home. (22.02.2016)