While not legally binding, the United Nations resolution is a strong show of international opposition to the Myanmar junta's coup that ousted Aung San Suu Kyi. 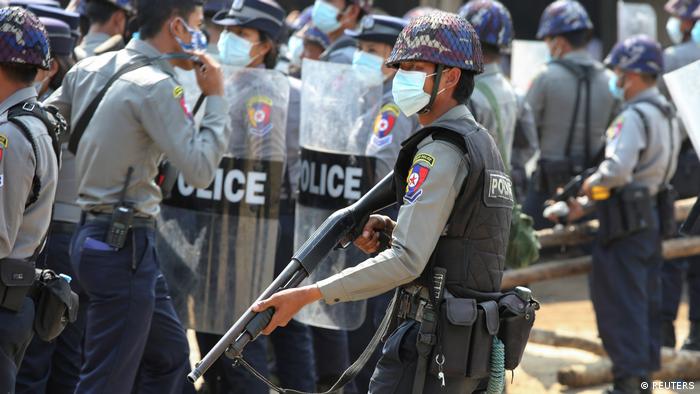 The UN General Assembly on Friday condemned Myanmar's military coup and called for a stop to the flow of weapons to the Southeast Asian country.

The demands were part of a resolution backed by 119 countries, and opposed by only Belarus. China, Russia, India and 33 other countries abstained.

The vote came as the UN Security Council held informal talks on Myanmar, where the military overthrew the elected leaders in a coup on February 1.

"We cannot live in a world where military coups become a norm," UN Secretary-General Antonio Guterres said ahead of the vote. "It is totally unacceptable."

"Time is of the essence," she said. "The opportunity to reverse the military takeover is narrowing."

Myanmar's UN envoy, Kyaw Moe Tun, was among those who voted in favor of the resolution. He has rejected the coup and rejected the junta's claims that he no longer represents the country.

Despite being non-binding, the resolution is a significant sign of international opposition to the junta and its crackdown on protesters.

The resolution also demands that the military "immediately stop all violence against peaceful demonstrators."

"It is the broadest and most universal condemnation of the situation in Myanmar to date," said Olof Skoog, the European Union's ambassador to the UN.

Aung Suu Kyi, officially the state counsellor but widely seen to be a major influence on politics in the country,  along with other officials from her National League for Democracy (NLD), is currently being held under house arrest.

The junta has said it seized power because the government failed to respond to allegations the November elections — which the NLD won by a landslide — were rigged. But international observers have said the polls were fair.

Activists have staged mass protests across the country since the armed takeover, demanding a return to democracy and the release of political prisoners. More than 800 people have been killed in the unrest, according to the Assistance Association for Political Prisoners.