At least 3,800 migrants have perished in the Mediterranean Sea this year while attempting to reach Europe, according to the UN. The toll makes 2016 the deadliest year on record for migrants on the dangerous sea route. 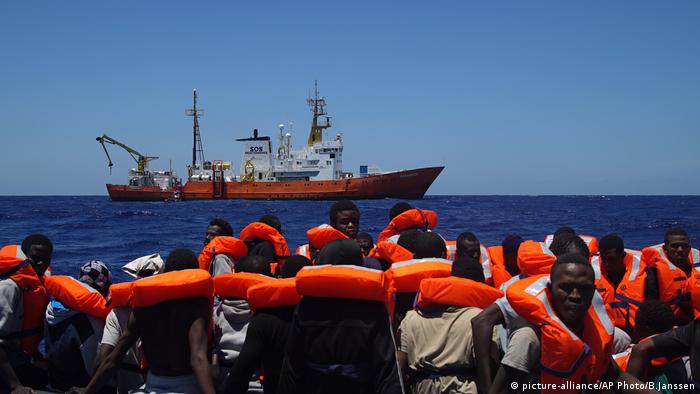 The United Nations refugee agency announced the grim record on Wednesday, as more migrant deaths were reported off the coast of Libya.

"We're receiving more reports of deaths in the Med," UNHCR spokesman William Spindler said on Twitter. "We can now confirm that at least 3,800 people have died, making 2016 the deadliest ever."

The UNHCR had warned earlier in the week that this year's death toll appeared likely to overtake the 3,771 deaths recorded in 2015. The Geneva-based agency said scores of migrants packed into rickety boats have been drowning in the Mediterranean each week.

In the most recent incident, medical charity Doctors Without Borders - known by its French acronym MSF - said one of its boats had picked up 25 bodies and 107 survivors from an overcrowded rubber dinghy some 26 nautical miles (48 kilometers) off the coast of Libya.

It said the victims, found in a pool of fuel and seawater late Tuesday, had likely died from suffocation, skin burns or drowning. A further 139 survivors were on a nearby rubber raft.

Refugees rescued in storm off Libya

Conflict and poverty in countries in Africa and the Middle East have driven thousands of people to make the perilous sea crossing to Europe.

A deal between Turkey and the European Union in March to curb migration to Europe largely closed off the eastern Mediterranean route to the Greek islands. Since then, migrants have increasingly been risking the central Mediterranean route from Libya to Italy.

The UN has also warned that people smugglers are changing their tactics to avoid being caught - for example, by piling thousands of people onto boats and abandoning their cargo soon after leaving the port.

Fabrice Leggeri, the director of Europe's border protection agency Frontex, said rescuers were having to venture further out, "in some cases until they are just about to enter Libyan waters," as traffickers "don't give sufficient petrol, food or water to the migrants," leaving them unable to complete crossings.