2016 could be deadliest year for refugees crossing Mediterranean

Though fewer refugees are making the trek across the sea compared to last year, a higher percentage have died on the way to Europe. At this rate, more will die this year compared to 2015. 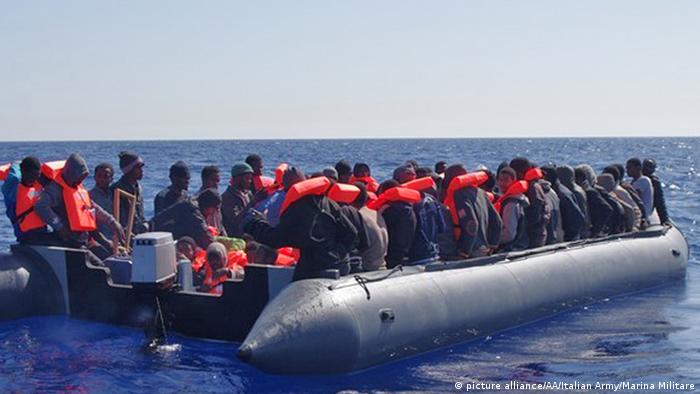 The United Nations High Commissioner for Refugees (UNHCR) expressed concern that 2016 might become the deadliest year for refugees traveling across the Mediterranean Sea.

Worldwide migration deaths are on the rise, driven by growing numbers of refugees lost at sea in the Mediterranean, according to new data from the International Organization for Migration (IOM). Tom Rollins reports.

The United Nations Refugee Agency (UNCR) revealed Tuesday that over 300,000 refugees crossed into Europe by making the dangerous journey across the Mediterranean. "That is considerably lower than the 520,000 registered sea arrivals during the first nine months of 2015," said UNHCR spokesman William Spindler in a press conference in Geneva.

But the statement from the UNHCR said the 3,211 refugees reported dead or missing so far this year is only 15 percent less than the number of casualties from all of the previous year (3,771).

"At this rate, 2016 will be the deadliest year on record in the Mediterranean Sea," said Spindler.

The number of arriving migrants and refugees fell in Greece after the European Union signed a deal with Turkey in March that prevents anyone from attempting to cross the sea from their shores. However, Italy still sees relatively similar numbers as last year, UNHCR added.

The UN's refugee agency said nearly half of those arriving on Greek shores are from Syria, followed by 25 percent coming from Afghanistan, and then Iraq, Pakistan, and Iran. Migrants and refugees reaching Italy are primarily from Africa.

The UNHCR repeatedly called for European leaders to reject limits on migrants and refugees that can enter their countries.

Pulse: The lands of milk and honey