Ultranationalists to play kingmakers after Israeli election | Middle East | News and analysis of events in the Arab world | DW | 05.04.2019

It looks set to be a tight race between Benjamin Netanyahu’s ruling Likud and the centrist Kahol Lavan parties. But several small ultranationalist unions hold the key to forming a coalition. 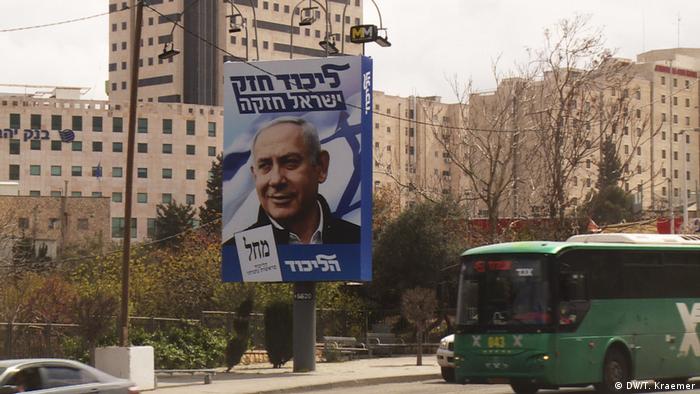 It's a laid-back evening in Tel Aviv's trendy port area. A crowd of mainly young religious supporters gathers for an election campaign with Moshe Feiglin, leader of the new ultranationalist Zehut party.

In one corner in front of the event hall, a few people sit on the artificial grass and smoke marijuana. Just next to them, a group of men prays. Inside, the crowd is treated to popcorn. Feiglin's books are on display.

"It does not matter if you are right or left," Feiglin said. "Both want a state that intervenes — a 'deep state' that will divide our country into two states." Feiglin said his party only wanted "one state": the state of Israel, including the occupied Palestinian territories.

Feiglin's newly founded Zehut (Hebrew for "identity") is one of the many smaller ultranationalist parties competing in the election on April 9. Feiglin was part of the ruling Likud party in the Knesset until 2015.

Zehut has made headlines, mainly because of its call to legalize marijuana, with some Israeli media describing it as the "new gimmick" party. 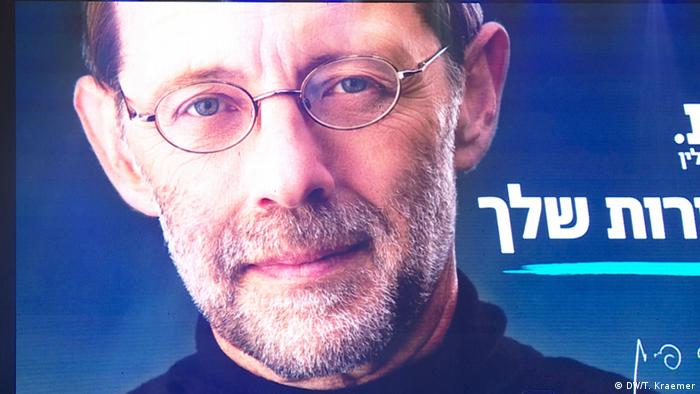 Feiglin's Zehut offers a mix of liberal and ultranationalist positions

Much to the surprise of pollsters, it has consistently risen in the polls over the past months, to a point where it could get between four and six seats in the Knesset.

"Zehut is a weird creature," said Gideon Rahat, senior fellow at the Israel Democracy Institute and professor of political science at Hebrew University. "It includes many extreme right-wing ideas about the Temple Mount and Greater Israel together with legalizing marijuana. It seems to be a successful attempt to offer something different."

The mix has also attracted voters from outside the traditional ultranationalist bloc. "I am a cannabis user and I teach others about how beneficial it can be, that's why legalization is the most important thing because it is like the cure to this nation," says Ben Cherut, a young supporter of the party.

Zehut's policies are detailed in a 300-page document. The party pushes for far-reaching reforms in the education and health systems and proposes civil marriage without interference of the rabbinate.

"Feiglin is an interesting phenomenon, but he's not unique," said Tamir Sheafer, professor of political communication and dean of the Faculty of Social Sciences at Hebrew University. "I think in almost every election we have a new party that brings in a lot of people who want to have a protest vote."

Sarah Joy is an example of someone who doesn't feel like a protest voter. She says Zehut offers a fresh alternative, especially on social and economic issues. "It is just a sign that things need to change. Almost all the other parties in the Knesset right now don't have a very clear plan on anything, and Zehut does have a full book of articulated policy," says the 30-year-old.

But Zehut also advocates for sole Jewish sovereignty over the Temple Mount, or the Al-Aqsa compound, which is holy to both Jews and Muslims. The party wants to abolish the Oslo peace accords with the Palestinians and annex the Israeli-occupied West Bank.

Israel's Arab residents could then be either "integrated" or be given incentives to leave the country altogether. Joy calls it "realistic thinking."

"We want peace, but need to stand up and say this is our land," Joy said. "We've been trying the two-state solution for 25 years and it's not working. The current situation is not tenable." 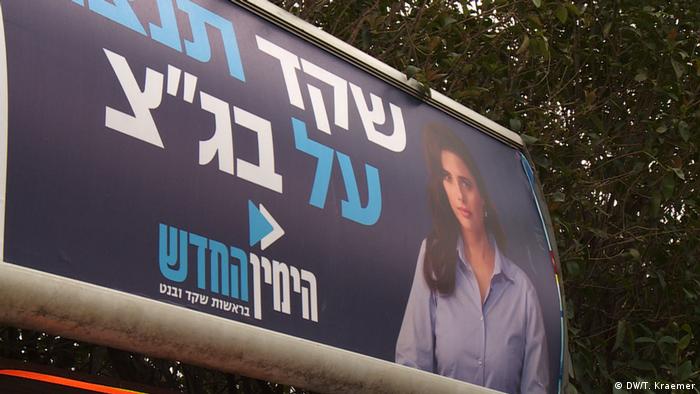 The New Right exemplifies the shift to ultranationalism in Israeli politics

Zehut could effectively play kingmaker following the elections. Until now, Feiglin has refused to comment on whether he would join a coalition with Prime Minister Benjamin Netanyahu's Likud or with the new centrist party Kahol Lavan, headed by former army chief Benny Gantz.

Likud and Kahol Lavan are neck and neck, according to election polls. Because of Israel's multiparty system, Prime Minister Benjamin Netanyahu needs other parties to form a coalition government. For most commentators, the elections will decide whether Israel will be governed by a more centrist government or one that is more right-wing and religious but still headed by Netanyahu as prime minister.

"The most simple thing you can say about Israeli politics or Israel as a country is that you have more right-wingers than left-wingers," said Sheafer, the political scientist. "That was not the situation 20 years ago, when Israel was much more to the left."

Now, more fringe groups are eyeing the Knesset. In order to broaden his options, Netanyahu went to great lengths to push three smaller ultra-right-wing parties to form an electoral alliance. Without this alliance, none of them might have passed the electoral threshold of 3.25%.

Among these parties is Jewish Power (Otzma Yehudit), a group that follows the extremist teachings of Rabbi Meir Kahane, who was assassinated in the US in the 1990s. Kahane's Kach Party was known for violence and racism against the Arab population and for propagating the idea of a Greater Israel and the transfer of the Arab population. Although the US considers Kach a terrorist organization and Israel later banned it, its ideology survives on the fringes of Israeli politics.

In March, the Israeli Supreme Court barred Jewish Power's leader, Michael Ben Ari, from running in the elections because of racism. Amid widespread criticism in Israel, commentators cautioned that it is still to early to say whether a remaining candidate will actually enter the Knesset.

Netanyahu's move to promote the alliance was harshly criticized in Israel and abroad as a "moral low point" as it could effectively bring back extremist Kahanist ideas to the Knesset.

Israel's Supreme Court has banned a far-right politician from running in upcoming elections. It also reversed a decision to bar an Arab candidate accused of supporting terrorism. (17.03.2019)

US cancels military aid for Egypt after major arms sale