The Bayern president responded angrily to comments made by Fredi Bobic, labeling them "outrageous." Bobic was angered by Bayern's decision to announce Kovac's move to the German champions before the end of the season. 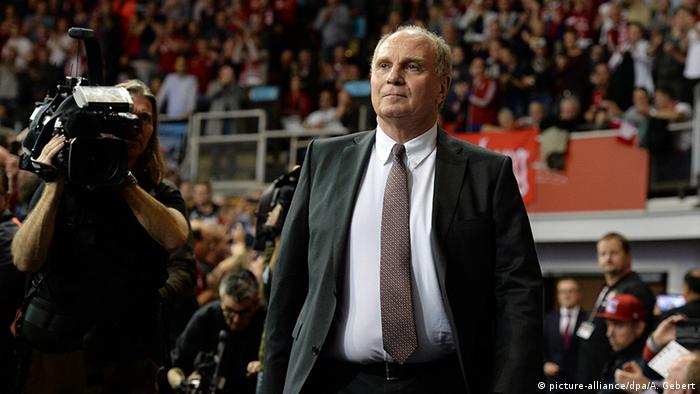 The war of words between the clubs rumbled on in the aftermatch of Bayern's 5-1 victory over Borussia Mönchengladbach on Saturday evening, with Uli Hoeness taking umbrage at comments made by Frankfurt's director of sport Fredi Bobic. Hoeness was particularly angered by suggestions that Bayern intentionally leaked the news of Kovac's appointment to the press.

"We found the comments made by Fredi Bobic pretty outrageous," he told reporters after the game. "We exploited a hole he made in the contract with Kovac, which is very professional," Hoeness said, hinting at the reported €2.2 million ($2.7 million) release clause in Kovac's Frankfurt contract.

"But we decided to let them know as soon as possible, now they have more time to get a new coach," Hoeness added. "We don't understand why this generous gesture has been thrown back at us like this."

Earlier, Bobic labeled Bayern's announcement as "extremely questionable and disrespectful" and accused Hoeness of approaching Kovac at a birthday event. Hoeness' 60-year-old Croatian driver celebrated his birthday at an Italian restaurant near Munich and both Niko and brother Robert were invited, but Hoeness insists their meeting was purely by chance, adding that the club would never hold contract talks in a room full of people.

The announcement has left Bobic furious, especially with regard to its timing. Frankfurt are mired in a knife-edge battle for Champions league qualification and bosses fear the news could derail their season at a crucial stage. Kovac's first game in charge following the announcement ended in a 4-1 defeat to fellow hopefuls Leverkusen. 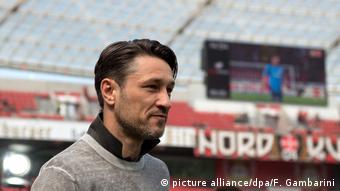 Ahead of the game, Bayern's Sporting Director Hasan Salihamidzic told Sky that Bayern had not leaked any information, but repeatedly avoided answering questions about when Bayern first approached Kovac.

"From our side, there was absolutely nothing untoward," said Rummennigge. "The whole saga may look odd from the outside, but there's no blame on us. We were fair and serious and behaved correctly."

Frankfurt currently lie in 6th place in the Bundesliga, five points away from Champions League qualification, with four games to go.