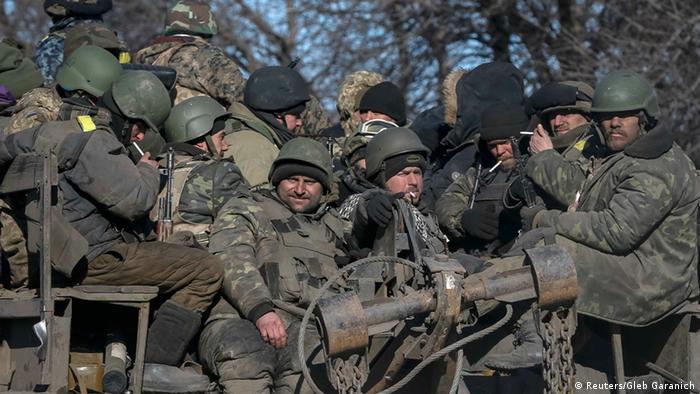 Ukrainian President Petro Poroshenko said Wednesday that government security forces have withdrawn from the embattled town of Debaltseve, which pro-Russian separatists had claimed to have completely surrounded.

"This morning the Ukrainian armed forces together with the National Guard completed an operation for a planned and organized withdrawal from Debaltseve. As of now we can say that 80 percent of our units have left," Poroshenko said in a statement released by his press service.

Poroshenko added that additional units were expected to be withdrawn and that he is heading to the front lines to "meet those who have left Debaltseve."

"The withdrawal of forces from Debaltseve is taking place in a planned and organized way," pro-government paramilitary commander Semen Semenchenko wrote in a Facebook post. "The enemy is trying to cut the roads and prevent the exit of the troops."

Debaltseve, a railroad junction linking the two major separatist cities of Donetsk and Luhansk has been the site of fierce fighting that has continued despite a ceasefire deal which went into effect on Sunday.

Mykola Kolesnyk, another pro-government paramilitary commander, told local media that some Ukrainian troops were withdrawing from the town.

"We are talking only about units which are surrounded in populated areas in and around the town," Kolesnyk said.

The deputy head of regional police in eastern Ukraine said the fighting between separatists and Ukrainian security forces is continuing.

"We are evacuating some of our units," Ilya Kiva told AFP news agency, but added that reinforcements are expected. 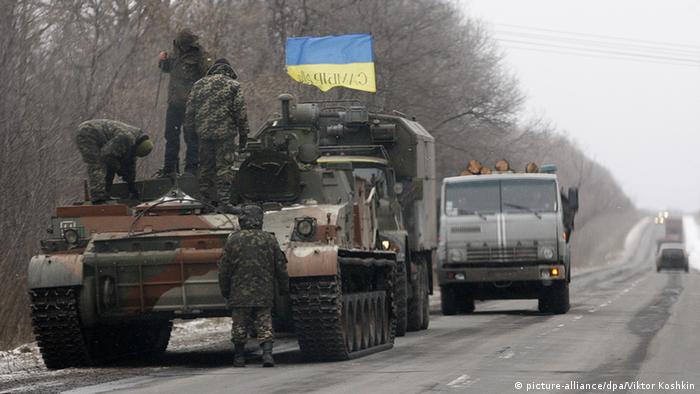 Rebel spokesman Eduard Basurin said Wednesday that hundreds of Ukrainian troops had surrendered to the rebels in the besieged town, according to the Interfax news agency.

The Ukrainian Defense Ministry had insisted in an early morning statement that the fighting is carrying on.

"The actions by the Russia-backed separatists in Debaltseve are a clear violation of the ceasefire," Mogherini said. "The separatists must stop all military activities. Russia and the separatists have to immediately and fully implement the commitments agreed to in Minsk, in line with yesterday's UN Security Council resolution, starting with the respect of the ceasefire and the withdrawal of heavy weapons."

Mogherini said the EU is ready to take "appropriate action" in the event of further violations of the Minsk agreement.

Russian Foreign Minister Sergei Lavrov said Wednesday that the ceasefire was being observed almost in its entirety with the exception of Debaltseve.

"The ceasefire is being observed along practically the entire frontline and in a few regions there is a readiness - at least the militia announced it publicly - to withdraw heavy weapons. The exception is the Debaltseve 'cauldron,'" Lavrov said at a news conference.

Meanwhile, Alexander Zakharchenko, leader of the self-proclaimed Donetsk Republic in eastern Ukraine was reportedly shot and wounded in the right foot during fighting with pro-government troops.

"We are alive. Nobody was killed, not me and not anyone from my regiment," Zakharchenko said has he recovered in a hospital. "We'll address health issues when peace comes..nothing scary happened today."

In a phone call with German Chancellor Angela Merkel, Ukrainian President Petro Poroshenko has demanded a "tough reaction" from the West against Russia over the broken ceasefire. The truce began at midnight on Sunday. (17.02.2015)