In a phone call with German Chancellor Angela Merkel, Ukrainian President Petro Poroshenko has demanded a "tough reaction" from the West against Russia over the broken ceasefire. The truce began at midnight on Sunday. 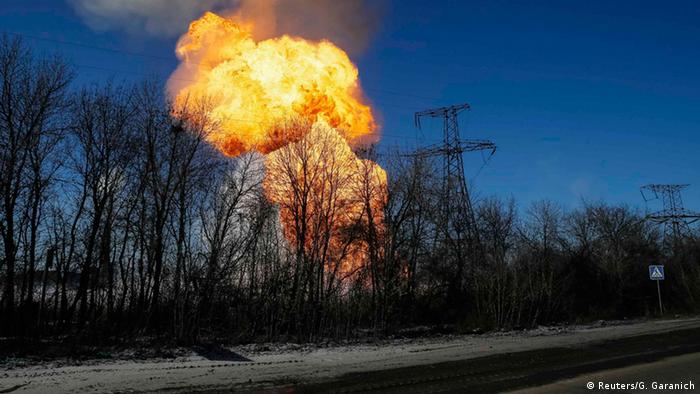 Despite the ceasefire deal, which was negotiated by Russia, France, Germany and Ukraine in the Belarusian capital Minsk last week, fierce fighting in the key town of Debaltseve has raged on in what Poroshenko described as a "cynical attack" on the truce.

In response, Poroshenko called for a "tough reaction against the treacherous actions of the rebels and Russia" from the European Union (EU) and the international community.

"I appeal to the permanent members of the United Nations Security Council to prevent further violations ... and full-scale military operations in the heart of Europe," he reportedly said in a phone call with the German Chancellor.

Earlier on Tuesday, the day when the two sides were supposed to start withdrawing heavy weapons from the front lines, separatist commanders in Debaltseve said there were only a few residential areas left to seize before the whole city was under rebel control. The UN Security Council issued a statement on Tuesday lamenting the ongoing fighting.

"The members of the Security Council regretted that, despite the announcement of a ceasefire on 15 February, violence has continued in recent days in some parts of eastern Ukraine," the British-drafted Security Council statement said.

The surge in fighting in Debaltseve has been met with alarm from the European Union as well, with officials calling for the warring sides to observe the ceasefire and withdraw heavy weapons from the conflict.

"We remain concerned about the continued fighting in and around Debaltseve," European Commission spokeswoman Catherine Ray told a press briefing on Tuesday. "We recall once again the need for all sides to adhere strictly to the provisions of the package signed last week and carry out its measures without delay."

According to the United Nations, the conflict in eastern Ukraine has killed more than 5,600 people and displaced more than one million since March last year.