Andriy Melnyk,Ukraine's outspoken ambassador to Germany, drew the ire of Poland, Israel, and Jewish groups on Friday when he defended Ukrainian nationalist leader Stepan Bandera in an interview.

Melnyk has made himself one of the most well-known ambassadors in Berlin, appearing regularly on talk shows and speaking his mind about the government of Chancellor Olaf Scholz. He was particularly strident in his criticism of the time it took for the German government to agree to send heavy weapons to Ukraine.

In an interview with German journalist Tilo Jung on Thursday, Melynk defended the World War II-era figure, saying that "Bandera was not a mass murderer of Jews and Poles," arguing that there was no evidence for such accusations.

Stepan Bandera is an extremely controversial figure in Ukraine, with some hailing him as a hero in his fight for Ukrainian statehood against the former Soviet Union, but with most acknowledging that he was a fascist who collaborated with Nazi Germany and participated in massacres of Jews and Polish citizens. 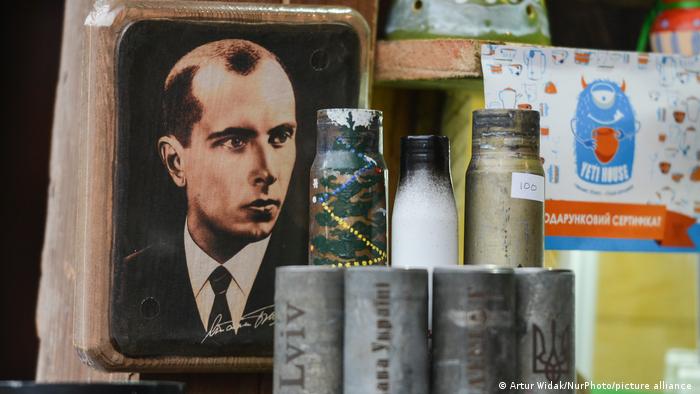 Stepan Bandera is a highly divisive figure, but revered by many in Ukraine's nationalist and anti-Soviet movements

'A distortion of historical facts'

"The statement made by the Ukrainian ambassador is a distortion of the historical facts, belittles the Holocaust and is an insult to those who were murdered by Bandera and his people," the Israeli embassy said.

Polish deputy Foreign Minister Marcin Przydacz wrote on a local online platform that "such an opinion and such words are absolutely unacceptable."

"The opinion that the Ambassador of Ukraine to Germany Andriy Melnyk expressed in an interview with a German journalist is of his own and does not reflect the position of the Ministry of Foreign Affairs of Ukraine," the Foreign Ministry said in a statement late on Thursday night.

It also expressed its gratitude to Poland "for its unprecedented support in the fight against Russian aggression," and emphasized the need for "unity in the face of shared challenges."