President Volodymyr Zelenskiy says NATO should speed up Ukraine's path toward membership, arguing that there is no other way to prevent further conflict in the eastern Donbass region. 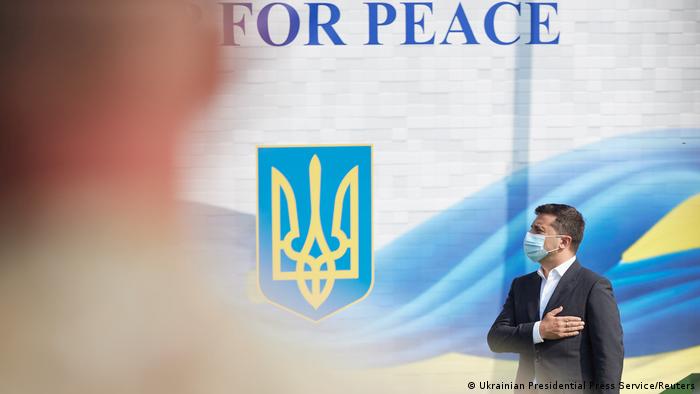 Ukrainian President Volodymyr Zelenskiy said on Tuesday that a path toward NATO membership was the only way to end the war in Donbass.

The comments came after Zelenskiy spoke to NATO Secretary-General Jens Stoltenberg about increasing tensions in the eastern regions and beyond.

What did Zelenskiy say?

In a tweet after the call with Stoltenberg, Zelenskiy said it was time for NATO to move forward with Ukraine's membership.

He said Kyiv was committed to defense reforms that had been a prerequisite to join, but he added: "Reforms alone will not stop Russia."

Zelenskiy said his government hoped to be invited this year to join a NATO Membership Action Plan (MAP).

"NATO is the only way to end the war in Donbass," he said. "Ukraine's MAP will be a real signal for Russia."

"As a special partner of Ukraine, Canada could take the lead among allies who support a MAP (Membership Action Plan) solution for Ukraine. Canada’s support will be an important signal of support from true friends," Zelenskiy's office said in a statement. 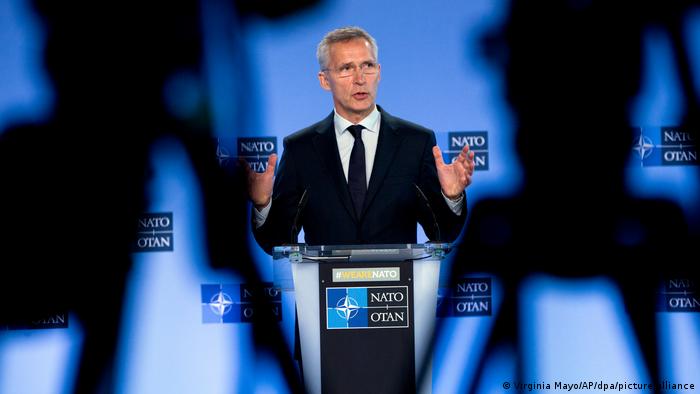 On Tuesday, Stoltenberg told Ukraine that NATO had "serious concern" about Russia's military activity near the borderwith its neighbor.

Stoltenberg made no mention of Ukraine's aims to become a NATO member, beyond saying that "we remain committed to our close partnership."

Ukraine also complained there was a troop buildup on the Crimean Peninsula, which was annexed by Russia in 2014.

Kremlin spokesman Dmitry Peskov said people in eastern Ukraine would not accept NATO membership, and that such rhetoric could further destabilize the Donbass region.

"So far we're not seeing an intention by the Ukrainian side to somehow calm down and move away from belligerent topics," he said. 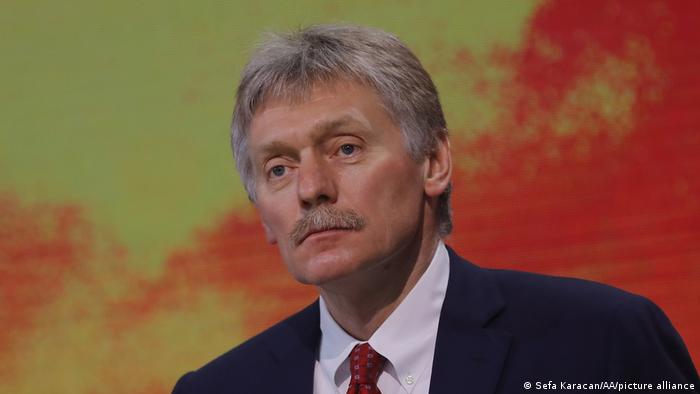 "We are strong supporters of them, we are engaged with them… but that is a decision for NATO to make," Psaki said.

Russia has consistently described enlargement of the military alliance eastwards towards its border as a hostile act.

Ukraine and Western countries accuse Donbass separatists of being armed, led, funded and aided by Russia.