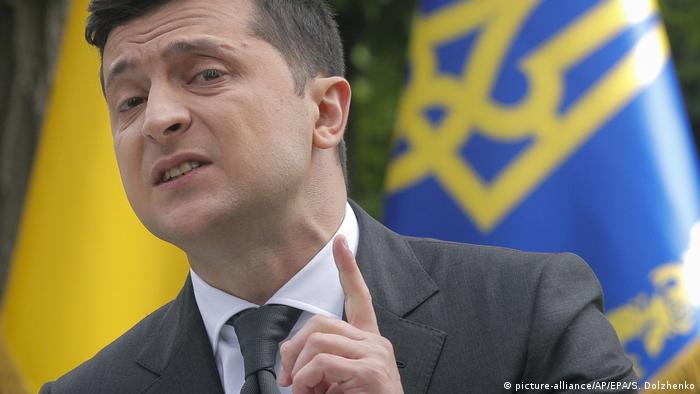 A "devastating blow" to Ukraine's anti-corruption effort prompted President Volodymyr Zelenskiy to call a national security meeting, his aides said on Thursday. The move comes in response to the country's Constitutional Court striking down a string of anti-corruption laws.

Zelenskiy is also due to urgently present draft laws to Parliament that could be used to "avert similar crisis situations," according to his office. The officials said there were "unacceptable" signs of someone trying to revise the country's anti-corruption course.

"It is necessary to have immediate and rigorous assessment of the decisions of certain subjects, whose actions are increasingly socially dangerous," Zelenskiy said.

'Ukraine must not go back'

The ambassadors of the G7 nations, which includes the US, the UK, Germany, France, Canada, Japan, and Italy, also said they "stand with the Ukrainian people" following the Constitutional Court verdict.

"Too much progress has been made, Ukraine must not go back to the past," they said on Twitter.

What had the court ruled?

On Wednesday, the Constitutional Court dismissed punishment for politicians who falsely declare their assets. They also took away the powers of the country's anti-corruption body to check officials' declarations and hold them accountable. 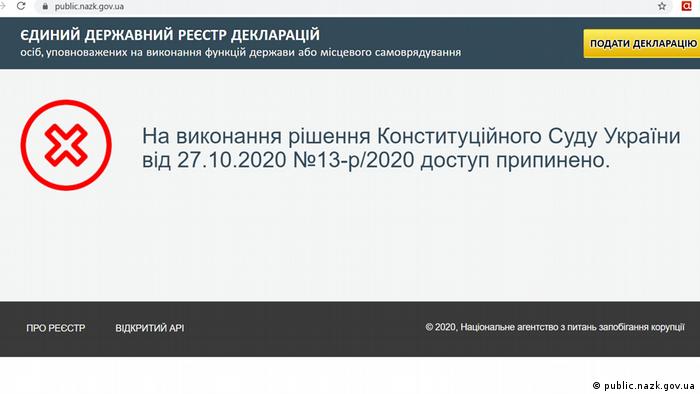 The head of the National Agency for Preventing Corruption (NAZK), Oleksandr Novikov, warned that "lawmakers, mayors, ministers and the president can put down any income they want" with impunity due to the Wednesday ruling. The state anti-corruption watchdog also said that the ruling would also effectively block the procedure to swear-in local officials following local elections held last Sunday.

Separately, the head of the country's national defense council, Oleksiy Danilov, said the ruling was a threat to national security.

Corruption is one of the biggest issues between Ukraine and its backers in the West, and the EU has warned it could withdraw the visa-free travel regime if Kyiv failed to tackle the problem. The International Monetary Fund (IMF) has also been holding back some of its funds until it is satisfied with the country's progress.

On Thursday, Foreign Minister Dmytro Kuleba said the government and Zelenskiy were "absolutely" determined to find a solution. He noted that the ruling was not enough to tank Ukraine's relationship with the West.

"However, if we fail to overcome the negative consequences of this decision and ensure the proper functioning of the anti-corruption infrastructure, then we will have a problem," he told reporters.