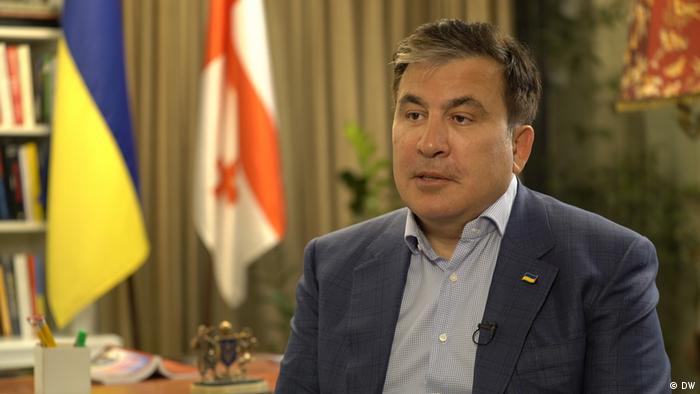 Mikheil Saakashvili, the erstwhile president of Georgia and former governor of Ukraine's Odessa region, has been appointed as the head of the Executive Committee for Reforms in Kyiv. This advisory body is part of the Ukrainian National Council of Reforms and thus of the president's office.

Initially, Ukrainian media said Saakashvili was to become the secretary of the council, but he confirmed to DW that he would be its head. On Friday, Saakashvili thanked Ukrainian President Volodymyr Zelenskiy for the appointment, and in a television interview said that his primary objective was to "liberate" the Ukrainian economy, which has been badly affected by the coronavirus pandemic, from too much state regulation.

The National Council for Reforms was founded in 2014 by decree of then-President Petro Poroshenko. According to the Ukrainian president's official website, it is "a special advisory body to the president of Ukraine that is responsible for the strategic planning and the coordination of positions during the implementation of a unified state policy of reform in Ukraine." The president determines who sits in the council. The website says the council held altogether 28 sessions between 2014 and 2018, the last one in early March 2018.

Georgia recalls its ambassador for consultations

On April 22, Saakashvili had stated that Zelenskiy had offered him the post of deputy prime minister for reforms. But as early as April 30, Davyd Arakhamia, the parliamentary leader of the ruling "Servant of the People" party, announced that another position had been found for Saakashvili in Ukraine, without giving any details. 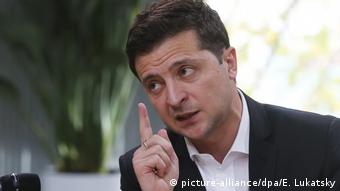 Upon taking office, Ukraine's Zelenskiy gave Saakashvili back the Ukrainian citizenship, which had been stripped by the previous president, Poroshenko

Saakashvili, the ringleader of Georgia's "Rose Revolution" in 2003, was president of Georgia twice — from 2004 to 2007 and from 2008 to 2013. At home, he stands accused of abuse of office and of misappropriating budgetary funds.

That is why Georgia protested through diplomatic channels against his appointment as Zelenskiy's adviser and recalled its ambassador for consultations. The Georgian minister of foreign affairs, David Zalkaliani, said in Tbilisi that the appointment was a sign of "certain problems in bilateral relations." But he said that there were no plans to break off diplomatic ties with Kyiv or to renounce the two countries' strategic partnership.

Saakashvili denies all charges against him.

After Poroshenko took power in Ukraine in 2014, Saakashvili was governor of the Odessa region from 2015 to 2016. Later, Poroshenko withdrew the Ukrainian citizenship he had been granted, and he was expelled from Ukraine in 2018, with a ban on entering the country until 2021.

But when Zelenskiy took office, he restored Saakashvili's Ukrainian citizenship, as was shown by a corresponding decree published on the president's website on May 28, 2019.