Ukraine prepares for debate between president and comedian

The incumbent has agreed to Ukraine's first presidential debate since 2004. Both candidates must now undergo medical examinations to prove that they aren't alcoholics or drug users and don’t have other conditions. Zelensky, a comedian-turned-political upstart, won the first round of Ukraine's presidential election with more than 30 percent. Poroshenko only garnered 16 percent.

How we got to the debate:

In the video in which he challenges Poroshenko, Zelensky said: "Out of respect for at least a third of Ukrainian citizens, you must publicly say that the debate will be held not with Kremlin's puppet ... not with a pro-Russian guy, not a little Russian, not with a moron, not with a clown, but with the Ukrainian presidential candidate Volodymyr Zelensky."

In his response published on Twitter, Poroshenko said: "A debate is not a show, a debate is not staged for a stadium spectacle." He, however, accepted Zelensky's proposal to have the debate in the Olympic Stadium in Kyiv.

Pavlo Kazarin, a journalist and political observer, said: "The president's team wants to force Volodymyr Zelensky to start talking. Zelensky's staff wants to impose their own agenda on Poroshenko." 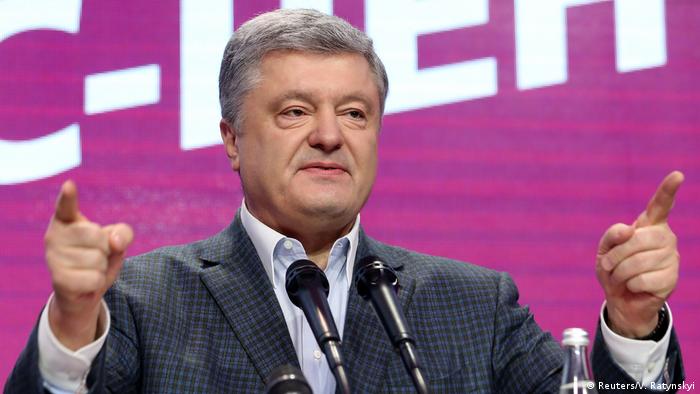 But his platform remains unclear. A social media campaign calling on him to unveil his political views went viral, forcing him to respond to Poroshenko's proposed debate.

Chocolate magnate Poroshenko is hoping to capitalize on his political experience and depict Zelensky as an amateur in Ukraine's complex political environment.

The debate is expected to take place April 19. Ukrainian law stipulates that debates must be held on the last Friday before the runoff vote.