Ukraine: Is this comedian winning votes because of his political sitcom? | Europe | News and current affairs from around the continent | DW | 07.04.2019

Ukraine: Is this comedian winning votes because of his political sitcom?

TV comedian Volodymyr Zelenskiy could soon become the president of Ukraine. Many voters like the TV star for playing a kindhearted president in his sitcom "Servant of the People." But there's much more to his popularity. 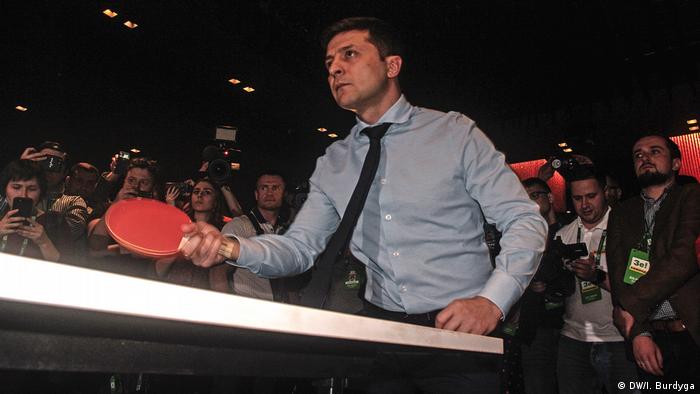 Who exactly was the man who won nearly 30% of the vote in the first round of Ukraine's presidential election? Was it showman and political newcomer Volodymyr Zelenskiy, or Vasily Holoborodko, the fictional protagonist of a political sitcom? In the popular TV show Servant of the People, Zelenskiy plays Holoborodko, a history teacher who ends up becoming president after his anti-corruption rant goes viral.

The line between supporting Zelenskiy and his sitcom character may still be up for debate, but Zelenskiy purposefully used Holoborodko's image during the campaign, as if to say to voters: "Holoborodko is me."

For example, a still shot of Zelenskiy in the character of Holoborodko, suited up and holding a briefcase, can be seen on Zelenskiy's campaign website. The candidate's team uses the same photo on Facebook. The phrase "Servant of the People" is featured heavily on campaign materials — although it is unclear if the phrase refers to the name of the TV show, which started in 2015, or Zelenskiy's party of the same name, which was created two years later. Private broadcaster 1+1 also transmitted reruns of the show ahead of the election, and the show's most recent, third season premiered just days ahead of the March poll. 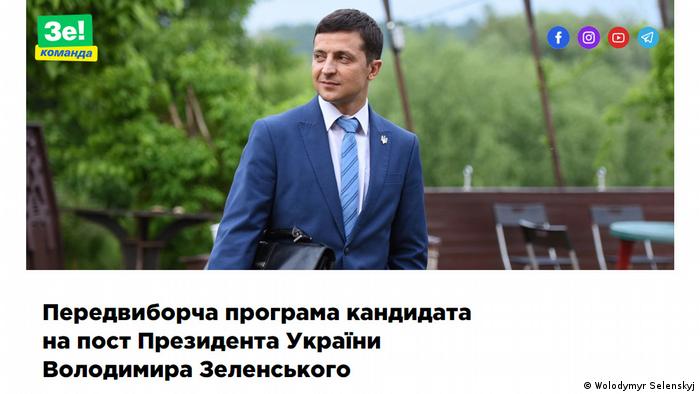 Zelenskiy in character as Holoborodko

How much of a role has all of this played in Zelenskiy's success? Political analyst Volodymyr Paniotto, the head of the Kyiv International Institute of Sociology, says that a Western TV show has already set a something of a precedent.

"I first became interested in the issue when I was watching the Danish TV show Borgen (The Castle)," Paniotto told DW. The 2010 series focuses on a politician who becomes the first female prime minister of Denmark. Just a year after it premiered, in 2011, real-life politician Helle Thorning-Schmidt became head of government.

The plot of the Danish show "became reality," Paniotto said. "The people were prepared."

"It could be, in part, a bit of a Cinderella story, a simple honest person becoming president, even if they are unqualified," he added.

More than a sitcom character

Read more: Ukraine prepares for debate between president and comedian

The results show that the TV show had helped, but that it was not the main factor for Zelenskiy's political success, Paniotto told DW. However, the company behind Servant of the People, Studio Kvartal 95, likely had a much bigger impact. For over 15 years, the company has made some of the most popular satirical TV shows in Ukraine, many of them involving Zelenskiy.

"The Kvartal team are making fun of politicians all the time, and create the impression of having a really good understanding of politics," Paniotto said. From the viewers' perspective, the newcomer Zelenskiy does not appear to be incompetent. 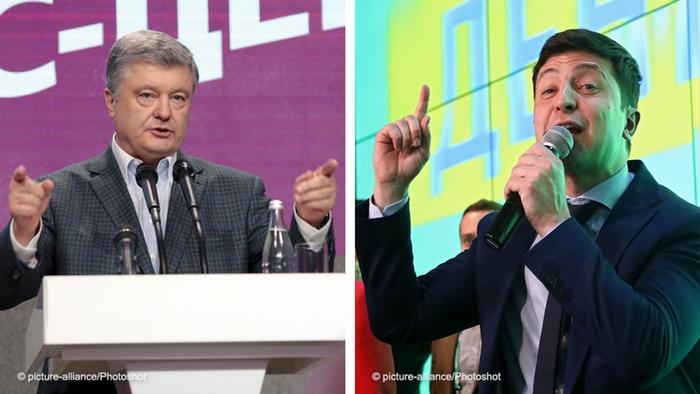 Kyiv analyst Andriy Bichenko agrees that the sitcom had some influence on Zelenskiy's electoral result, but believes that it was not the decisive factor. Another reason for Zelenskiy's rise was that he "became the embodiment of the people's opposition to the government, their protest against the establishment."

Media expert Diana Ducik, the head of Ukrainian Institute of Media and Communications, points to a "primitive" idea of equating a fictional character with a real-life politician.

"When we say that the president in 'Servant of the People' is riding a bicycle, it is a primitive idea…because real Zelenskiy has never ridden a bicycle; he rides in an expensive car with bodyguards." Ahead of the election, Zelenskiy's declared that his family owns a 2016 Land Rover.

"Obviously, when he becomes president, he will not switch to the bicycle," Ducik told DW.

Broadcasting Zelenskiy's sitcom ahead of the vote as "part of the electoral campaign" fell within a legal gray zone, she said. The state should draw lessons from Zelenskiy's campaign and change the laws after the second round, she added.

Zelenskiy is due to face off against the incumbent, President Petro Poroshenko, on April 21.