Almost 8,000 people, including civilians, soldiers and pro-Russia separatists, have been killed since fighting broke out in eastern Ukraine, the United Nations has said. Watchdogs condemned a rise in civilian casualties. 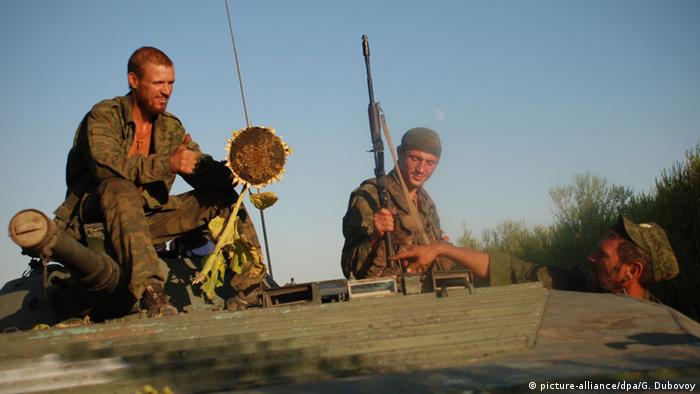 The UN human rights office (OHCHR) on Tuesday reported at least 7,962 people had been killed and at least 17,811 have been injured since fighting broke out in eastern Ukraine in mid-April 2014.

The conflict monitor warned those were conservative estimates and the actual numbers of dead and wounded could be much higher.

"The shelling of residential areas on both sides of the contact line has led to a disturbing increase in the number of civilian casualties over the past three months," said UN high commissioner for human rights Zeid Ra'ad Al Hussein.

At least 105 civilians were killed between mid-May and mid-August in near-daily clashes between forces loyal to the government in Kyiv and the pro-Russia separatists. In the previous three months, 60 civilians died in the fighting, said the OHCHR report.

A statement accompanying the UN monitoring mission's 11th report on Ukraine, which covered the timeframe between May 16 and August 15, noted that an agreement made between all sides to pull their heavy weapons from the so-called "contact line" had only been partially applied.

Kyiv and its Western allies accuse Russia of sending weapons and soldiers to the separatists, something Russia has denied.

The contact group on Ukraine, comprising representatives of the Ukrainian government, Russia, the separatists and mediators from the Organization for Security and Cooperation in Europe (OSCE) was expected to meet in the Belarusian capital, Minsk, on Tuesday to discuss steps toward resolving the conflict.

Earlier on Tuesday, Kremlin spokesman Dmitry Peskov said fighting had died down in eastern Ukraine since a new truce agreement came into force earlier this month.

"A relative stabilization has indeed taken place from September 1 and there is practically no shelling by the Ukrainian armed forces on civilian populated areas in Donbass," Peskov told reporters, referring to the rebel-held areas of eastern Ukraine.

However, he said there wasn't much progress being made on other aspects of the Minsk agreements, which include provisions of autonomy for the separatist-held regions and amnesty for fighters.