Ukraine commits to EU association deal | Europe| News and current affairs from around the continent | DW | 18.09.2013

The Ukrainian government has approved an association agreement with the EU, which means that a customs union with Russia is now off the table. But the EU deal is far from cut and dried. 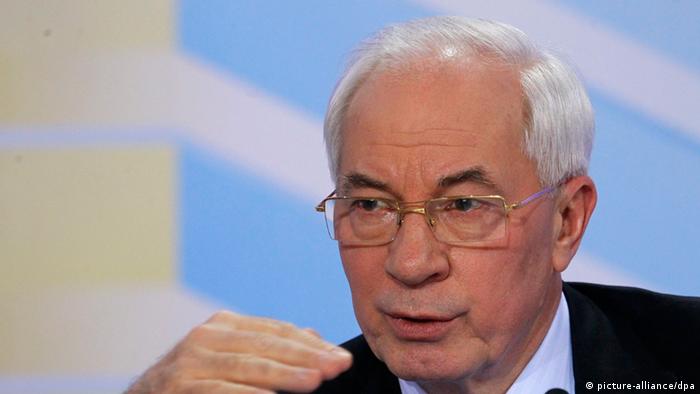 The Ukrainian government has been on a path towards EU association for years. And yet so far, it has implemented the necessary democratic and economic reforms very half-heartedly. But that is set to change under the authoritarian rule of President Victor Yanukovych, who wants to sign Ukraine's EU association deal.

On Wednesday (18.09.2013), the Ukrainian government officially approved a draft of the agreement. Ukrainian Prime Minister Mykola Azarow called the decision a "historic step." But while EU association is a step in the right direction, an EU membership for Ukraine is not on the cards yet, according to Azarow. "But by signing the association agreement we are striking a path towards European standards of living," said Azarov.

A thaw in relations to the EU? 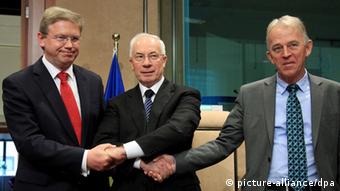 Ukraine has long wanted closer ties with the EU

The draft association and free-trade agreement had been on hold since March 2012. After taking office in 2010, Yanukovych had political opponents arrested and extended his power. The judiciary was brought into line, while the economy was brought under the control of oligarchs from the president's circles. It was only in spring 2013, after several political prisoners had been released - most importantly former interior minister Yuri Lutsenko - that the negotiations with the EU got moving again.

But it is still unclear whether the EU will sign the association agreement with Ukraine at the third Eastern Partnership Summit in Vilnius, due to take place in November. The EU is pushing for a reform of the judiciary and the electoral laws in Ukraine. In particular, it is calling for an end to the politicization of the judiciary and has specifically criticized the imprisonment of former Prime Minister Yulia Tymoshenko. She was convicted for abuse of power in 2011, and has fallen in since her imprisonment: the German government has repeatedly offered her medical care. But Kyiv has so far rejected any political solution. According to President Yanukovych, there would be no legal basis to transferring Tymoshenko to Germany.

Tymoshenko as an obstacle 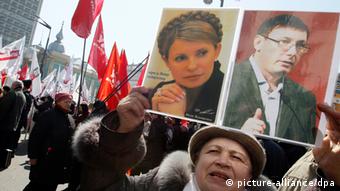 The imprisonment of Tymoshenko is still a sticking point

Brussels has rejected the argument. "Ms. Tymoshenko should be released from prison and should be allowed to transfer to a hospital of her choice outside of Ukraine," Elmar Brok, chair of the EU's Committee on Foreign Affairs, told DW. For years, he has been lobbying for a solution to the problem, emphasizing that without the release of Tymoshenko, there won't be a Ukraine-EU association agreement.

Brok is not only a vocal critic of Ukraine's authoritarian president, he is also a proponent of Ukraine's EU association. The German politician thinks that without closer ties to the EU, Ukraine will slip more and more under Russian influence and will fail to carry out democratic reforms.

At the end of August, Russia reacted to a Ukrainian EU-rapprochement by halting the import of goods from Ukraine. Brok put the resulting Ukrainian-Russian trade war on the European Parliament's radar. EU Commissioner for EU enlargement policies Stefan Füle has called Russian pressure on Ukraine unacceptable. "It is unbelievable that our partners should be punished for a decision they took freely," Füle told the EU Parliament on September 11.

According to many Ukrainian observers, Moscow is virtually driving Ukraine into the arms of the EU. But the association is far from "cut and dried," according Dietmar Stüdemann, former German ambassador to Kyiv. "There is no sense taking Ukraine into European structures simply because it is being victimized by Russia," Stüdemann told DW. As far as he is concerned, none of Kyiv's promised reforms are credible without the release of Tymoshenko.

Elmar Brok, head of the European Parliament Committee on Foreign Affairs, has called on Ukraine to carry out further reforms. In a DW interview he talks about the latest visa agreement and the issue of EU association. (19.04.2013)

The European Parliament has been handed a new report looking at Ukraine, which could ultimately pave the way to a landmark political association and free trade agreement with the European Union. (17.04.2013)