Ukraine has detained a prominent energy executive and a former MP on graft allegations. Strengthening anti-graft measures is a key demand of the IMF and Western governments. 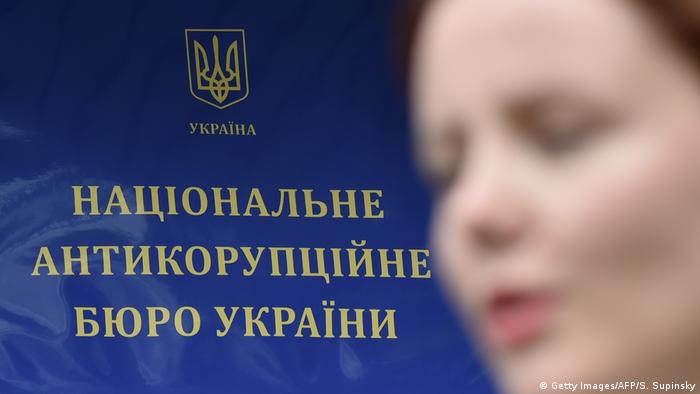 Ukraine's faltering battle against entrenched corruption took a step forward on Friday when a top state energy executive was detained shortly after an ally of former Prime Minister Arseniy Yatsenyuk was taken into custody.

Martynenko, a close ally of Yatsenyuk, was detained on Thursday, on accusations he embezzled $17.28 million (16.12 million euros) while overseeing purchases of uranium concentrate from Kazakhstan used for Ukraine's nuclear power stations.

NABU is asking for their formal arrest after filing corruption charges.

Martynenko resigned from parliament in November 2015 after coming under pressure.

Yatsenyuk stepped down in April 2016 after losing support from the ruling coalition, in large part do to his failure to tackle corruption after Ukraine's 2014 revolution.

Observors have pointed to Martynenko as being a financier behind Yatsenyuk's People's Front party.

Stepping up the battle against corruption has been a key demand of the International Monetary Fund's $17.5 billion rescue package for Ukraine in 2015.

The IMF, United States and European Union have voiced concern that continued corruption threatened to undo Ukraine's pro-Western trajectory and disillusion the population after downfall of Russian-backed President Viktor Yanukovych in February 2014.

Civil servants in Ukraine will not be the only ones required to declare their income in the future. Thanks to a controversial new amendment, so too will NGO workers fighting corruption. Transparency, or revenge? (31.03.2017)

Ukrainian central bank chief Valeria Gontareva has confirmed her resignation. She had been known for tough anti-crisis measures and a crackdown on money laundering in the banking sector. (10.04.2017)