Controversial new amendment puts corruption fighters under pressure in Ukraine | Europe | News and current affairs from around the continent | DW | 31.03.2017

Civil servants in Ukraine will not be the only ones required to declare their income in the future. Thanks to a controversial new amendment, so too will NGO workers fighting corruption. Transparency, or revenge? 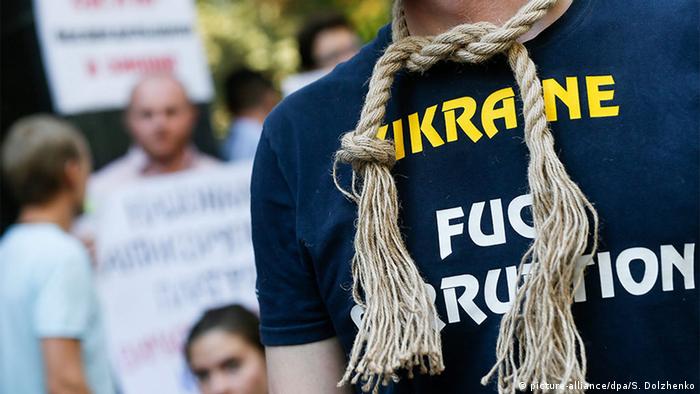 In February 2014, rampant corruption was one of the main reasons that hundreds of thousands of Ukrainians took to the streets in protest, forcing a change of government. The new leadership promised reforms, yet results have been rather mixed. New anti-corruption units were slow to get to work. One of the few success stories was a law requiring civil servants to publicly file information about income and assets on an online registry. In Ukraine, these are called "E-Declarations."

When the lists were first published in 2016, many citizens were shocked to learn just how many luxury cars and watches politicians and public officials in this very poor country owned. Six months later, a change to the law was introduced - one that many saw as an act of revenge for the embarrassing publicity.

In late March, parliament voted to change the anti-corruption law, forcing representatives from nongovernmental organizations (NGOs) to publish their own incomes and asset holdings. The reasoning: transparency should also apply to those who are fighting for it. At the same time, low and mid-level military personnel were exempted from having to file such declarations. President Petro Poroshenko signed the revised law, which will go into effect in 2018. 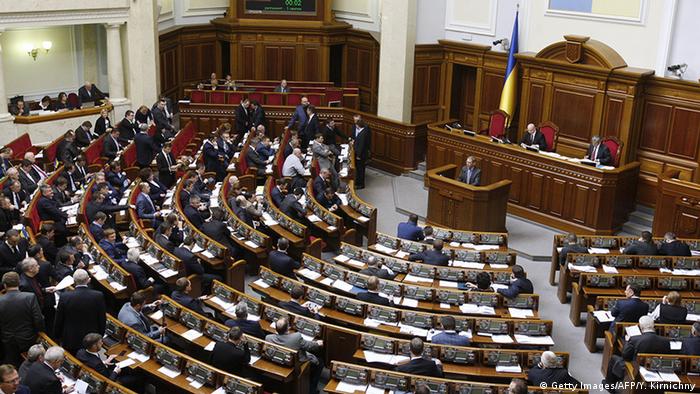 The change has sparked fierce criticism. The government originally planned to force journalists to make such online declarations as well. Many media representatives protested and the measure was eventually dropped. But the change still raises many questions. "Ukraine's corruption machine just doesn't want to give up," as Kyiv publisher Sergey Rudenko told DW. The "machine" is ready to "repel all those who want to fight it," and is prepared to put Ukraine's international reputation at risk to protect itself.

The US and British embassies in Ukraine, as well as the anti-corruption organization Transparency International (TI), have criticized the new rule. "Lawmakers are trying to intimidate civil society, and especially activists engaged in the fight against corruption," said TI Chairman Jose Ugaz in a press statement. Ugaz called for Ukrainian politicians to "immediately rescind" the change. In 2016, Transparency International rated Ukraine as the most corrupt country in Europe. 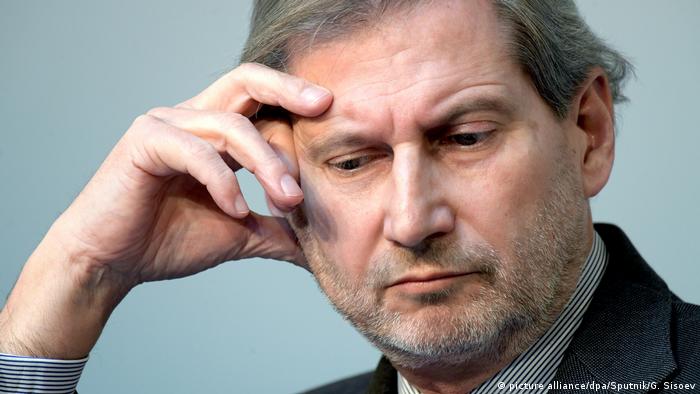 The publication of civil servants' incomes was a requirement stipulated by the European Union in order to enable visa facilitation, which is soon to be made available to Ukrainians. Thus, Brussels' reaction to the revised law was critical. EU Neighborhood Policy Representative Johannes Hahn called the change "a step backward." German EU parliamentarian Rebecca Harms, of the Green party, told DW: "The original idea, aimed at Ukrainians, but especially at rich Ukrainians, has now been transformed into an instrument to be used against NGOs." She went on to say that "the level of mistrust exhibited by politicians against people that are actively engaged in civil society is very unsettling."

Meanwhile, implementation of the original law has also come to a standstill because the online portal that hosts the database keeps crashing. Furthermore, the National Anti-Corruption Agency (NACA) is having difficulty administering all of the data that is being submitted. Agency Deputy Director Ruslan Radetzki says that some 660,000 declarations have been filed since the beginning of this year. He estimates that roughly 1.5 million people are obliged to submit a declaration. So far the agency has hired 38 employees to deal with the data. For these and other reasons, it seems likely that the deadline for high-ranking officials to file declarations by April 1 will be pushed back.

After stepping down as governor of Odessa, Georgia's ex-president is founding a new party in Ukraine. He outlines his political goals in an interview with DW. (06.12.2016)

The amber Mafia from Ukraine

Lebanon is spiraling deeper into crisis. Bread, fuel, and medicine are in short supply. The war in Ukraine has worsened the situation. Many have lost hope and want to leave the country, but they face great risks.