Ukraine announces intention to stay out of all military alliances | Europe| News and current affairs from around the continent | DW | 17.03.2010

Ukraine announces intention to stay out of all military alliances

The government of Ukraine's pro-Russian President Viktor Yanukovych has announced its intention to pass a law to keep the country out of military alliances, which would end the debate over Ukraine joining NATO. 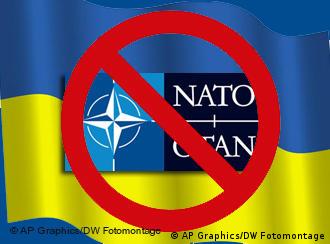 The law would prevent Ukraine from joining NATO

The government of Ukrainian President Viktor Yanukovych has issued a formal statement of intent that it is planning legislation to keep Ukraine out of all military alliances. This would provide a legal block to the possibility of Ukraine joining NATO.

During Yanukovych's recent election campaign, keeping Ukraine out of NATO was one of his campaign promises.

Ukraine's previous president Viktor Yushchenko had pushed to get Ukraine into NATO, much to the ire of neighboring Russia. Moscow opposes any eastward expansion of NATO.

The statement of intent released by the government says that the proposed legislation would "enshrine Ukraine's nonaligned status in law."

Ukrainian president Viktor Yanukovych has formed a new coalition and appointed a cabinet with ally Mykola Azarov at its head. The events come a week after Yulia Tymoshenko was ousted from her post as prime minister. (11.03.2010)

Following Sunday's Ukrainian run-off vote, ties between Moscow and Kyiv are likely to improve, leaving Poland and the Czech Republic isolated in their fear of Russia. Germany holds the key to easing those concerns. (08.02.2010)