Ukraine and Russia′s sibling rivalry | Europe| News and current affairs from around the continent | DW | 16.03.2014

Russia and Ukraine are facing off in the Crimea dispute - and despite Moscow's insistence the two countries are "brothers," it is not the first conflict between them. A review of 1,200 years of history. 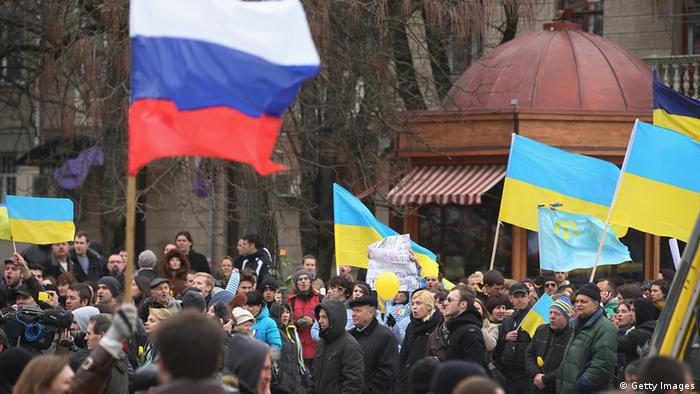 Around 860 AD Slavic tribes or Vikings found Rus', the first state in the settlement area of the Eastern Slavs. The term Rus' stands for the ethnicity as well as for the state. The Rus' state is a federation of principalities with Kyiv in the center.

During the 12th century Kievan Rus' disintegrates into rival states. They succumb to the Mongol invasion in the first half of the 13th century. A century later, much of the area of present-day Ukraine becomes part of the Polish-Lithuanian Commonwealth. 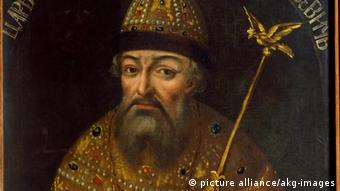 Ivan the Terrible was the first Russian tsar

The Grand Duchy of Moscow begins to expand from the 14th century onwards. Step by step, it comes to control the principalities of the former Kyiv Rus' state. Moscow's rulers are able to free themselves from Mongolian hegemony. In 1547, Ivan IV, better known as the Terrible due to his brutality, is crowned as the first Russian tsar.

Alliance of the 'fraternal nations'

With the treaty of Pereiaslav of 1654, Ukraine, on the left bank of the Dnieper - including Kyiv - is absorbed by the Russian tsarist empire and becomes Russian Orthodox. At first the Ukrainian parts on the right bank of the Dnieper remain with Poland-Lithuania. Later, Russia annexes the western territories in the late 18th-century partitions of Poland.

Russian expansion in the south 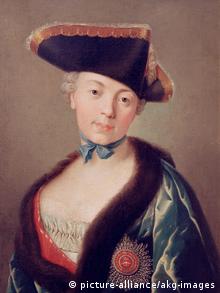 During several wars Russia is able to conquer large parts of southern Ukraine from the Ottoman Empire. Crimea becomes Russian in 1783. Catherine the Great settles loyal Zaporozhian Cossacks and settlers from central Russia in the new territories to strengthen Russia's supremacy.

Ban on the Ukrainian language

In 1876 Tsar Alexander II signs the Ems Ukaz during his stay in the German spa town of Bad Ems - distributing literature in Ukrainian is now forbidden. For a long time, Ukrainian is treated as a poor Russian dialect.

On January 22, 1919, the central and eastern Ukrainian republics that emerged at the end of the First World War declare their unity. They are supported by Germany, which wants to weaken its Russian enemy. The Ukrainian People's Republic with Kyiv as its capital is the first Ukrainian nation state. But in the Polish-Ukrainian War that year, Poland gains control of territories claimed by the Western Ukrainian Republic, including its largest city, Lviv (Lwow), which has a Polish majority, although the surrounding areas are predominantly Ukrainian.

Founding of the USSR

Soon the Ukrainian People's Republic is history. Bolsheviks occupy Kyiv in 1919. They found the Ukrainian Socialist Soviet Republic. Suspicious of independent-minded Kyiv, they make Russian-speaking Kharkiv its capital, although the Bolsheviks actually rule centrally from Moscow. The Ukrainian, Belarusian, Russian and Transcaucasian Soviet Socialist Republics formally merge to create the Soviet Union in 1922.

In the 1930s, Josef Stalin's dictatorship causes disaster for Ukraine. In the face of resistance to the forced collectivization of agriculture, millions of Ukrainians are intentionally starved to death through the ruthless requisition of crops during the winter of 1932-33. This is known as the "Holdomor" (or "extermination through hunger"), which modern Ukraine and other countries recognize as a genocide.

The Soviet Union forms an alliance with Nazi Germany following the terms of the Molotov-Ribbentrop Pact in 1939. In September, it invades Poland from the east, two weeks after Germany does the same from the west, and annexes all the territory it occupies. Southeastern Poland, which includes large numbers of ethnic Ukrainians, is "reunited" with Soviet Ukraine. As in the current Crimea crisis, Moscow claims to be "responding to a request by a fraternal people." 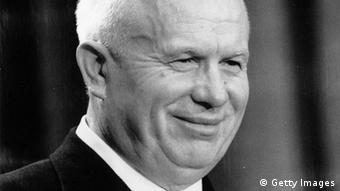 Krushchev handed Crimea back to Ukraine

In 1954, on the occasion of the 300th anniversary of the Pereiaslav treaty, Soviet leader Nikita Khrushchev transfers Crimea to Ukrainian administration. At the time, it is largely a formality within the USSR, although the alleged gift is not just altruistic - the peninsula has closer economic ties with Ukraine, with which it shares a land border.

On July 16, 1990, the parliament in Kyiv declares its independence. Leonid Kravchuk, the chairman of the parliament, is the most prominent advocate of leaving the Soviet Union. Meanwhile, Soviet president Mikhail Gorbachev fails to prevent the USSR's decline, and his authority is dealt a fatal blow when he is temporarily confined in Crimea in an August 1991 coup attempt. On December 25, 1991, the Soviet Union is no longer.

In January 1991 the majority of ethnic Russians in Crimea vote in a referendum for an autonomous Crimean republic in the Soviet Union. But the disintegration of the USSR renders the referendum null and void. After that, the Crimean parliament passes a constitution but the Ukrainians don't recognize it.

In 2004, the Russia-friendly candidate Viktor Yanukovych is declared the winner of Ukraine's presidential election. After reports of irregularities, demonstrators take to the streets for weeks until the supreme court overturns the fraudulent election result. The pro-western politician Victor Yushchenko wins the new election. Due to the lack of reforms the Ukrainians become disillusioned with the "Orange Revolution" and Yanukovych is elected president in 2010.

Russia's Gazprom delivers gas to central Europe via Ukraine on the basis of a treaty from 2002. It allows Ukraine to keep some of the gas for itself. In 2005, Moscow raises the price fourfold after the Orange Revolution and Kyiv's pro-western orientation. Ukraine refuses to accept the price increase and Kremlin-controlled gas giant Gazprom temporarily stops gas deliveries to Ukraine. 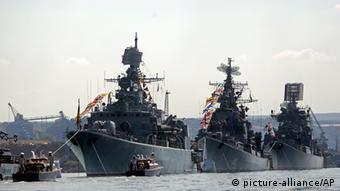 In 2010, Yanukovych signs an agreement allowing the Russian Black Sea Fleet to remain in Crimea until 2042: Russia leases the major part of the port of Sevastopol and pays an annual rent of 100 million dollars. Ukraine also receives a 30-percent discount on the price of gas. The Russian port is home to 14,000 soldiers and sailors.

Shortly before the planned signing of an association agreement between the EU and Ukraine, pressure from Moscow on Kyiv increases. Russian President Vladimir Putin wants to convince Ukraine to join the Moscow-dominated alternative, the "Eurasian Union." At the end of 2013, Ukraine's President Yanukovych unexpectedly refuses to sign the agreement with the EU and announces a strengthening of relations with Russia. That causes protests in Kyiv that lead to his downfall the following February.

The Crimea referendum will lead to Russia's international isolation, while the annexation of Crimea will lead the country into a confrontation with the West it can hardly benefit from, argues DW's Ingo Mannteufel. (16.03.2014)

Crimean Tatar leader Refat Chubarov Tells DW why he called for a boycott of the referendum in Crimea and why he thinks the international community must act. (16.03.2014)

Ukraine is caught up in its worst crisis in decades. Political upheaval in Kyiv and Russia's actions in Crimea have split society, especially in Ukraine's east, where the rift goes right through families and friendships. (15.03.2014)