Indian independence movement leader, Mahatma Gandhi, has been featured for the first time on an official UK coin, launched on the same day as Hindus celebrate Diwali. 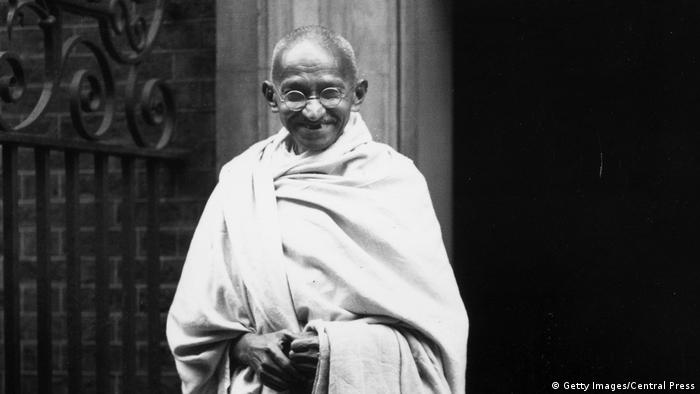 The UK unveiled a special 5-pound ($6.80; €5.90) collectors coin to celebrate the life of Indian independence movement leader Mahatma Gandhi on Thursday, the same day as the Indian festival of Diwali.

Britain's Chancellor of the Exchequer, Rishi Sunak, announced the launch of the commemorative coin, saying he was proud to have unveiled the coin on the festive occasion.

"As a practicing Hindu, I am proud to unveil this coin during Diwali," Sunak said.

"Mahatma Gandhi was instrumental in the movement for Indian independence and it is fantastic to have a UK coin commemorating his remarkable life for the first time," Sunak added.

Indians typically exchange gifts, which include gold metal and coins, during the festive week of Diwali.

Gandhi appears on UK coin for the first time

The commemorative coin features an image of India's national flower, the lotus, and is part of the Royal Mint's wider Diwali collection. There's also a famous quote from Gandhi on the coin: "My life is my message."

It is the first time Gandhi has been commemorated on an official UK coin. It will be available in both gold and silver.

Though the coin is legal tender, it is not being designed for general circulation. It will be on sale from Thursday, along with gold bars, including the first gold bar of the UK depicting Lakshmi, the Hindu goddess of wealth.

Sunak commissioned a new "Diversity Built Britain" 50-penny coin last year as part of a campaign to fairly represent the minority community's contributions across all walks of life.

Tracking down Gandhi through photographs

Wherever he was, Mahatma Gandhi fought for human rights. He led India non-violently into independence. Marking his 150th birthday, Anja Bohnhof pays tribute to the freedom fighter with her photographic insights.

On August 15, 1947, British India split into two nations - Hindu-majority India and Muslim-majority Pakistan. The two countries continue to be hostile towards each other despite some efforts to improve bilateral ties.