British ministers were in Washington on Wednesday hoping to fast-track a free trade deal with the US. Some experts warn the US could take advantage of a no-deal Brexit by forcing a hard-handed agreement. 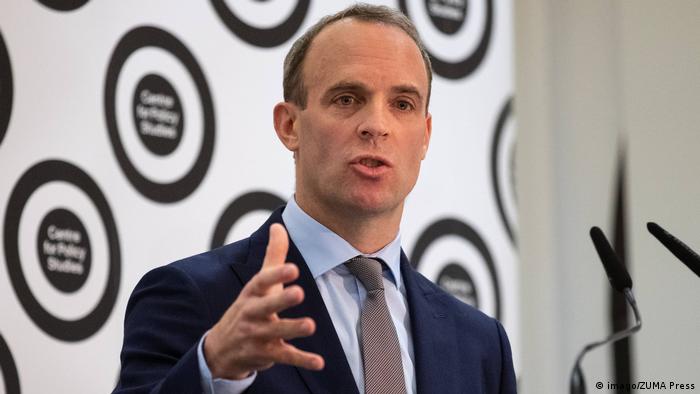 UK Foreign Secretary Dominic Raab on Wednesday arrived with a trade delegation in Washington, where he hopes to process a quickfire free trade deal with US officials.

Raab said he "looked forward to working with our American friends to reach a free trade deal."

After meeting US President Donald Trump and Secretary of State Mike Pompeo, Raab expressed his appreciation for the "president's warmth and enthusiasm for the UK-US relationship."

President Trump had told reporters after his first conversation with new Prime Minister Boris Johnson that a trade deal with post-Brexit Britain could be "three to four, five times” bigger than it is currently.

Johnson has cultivated stronger ties to President Trump than his predecessor Theresa May. 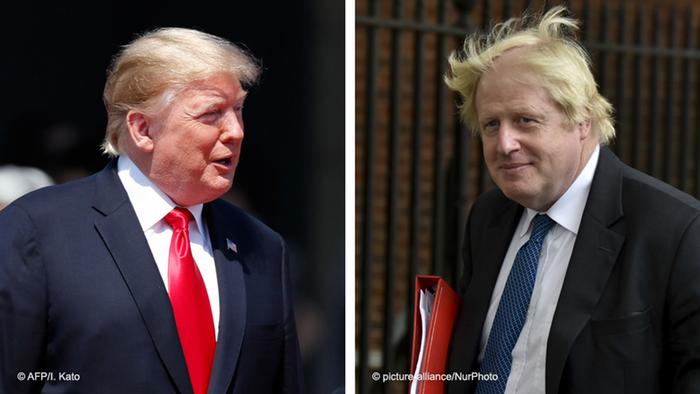 Donald Trump welcomed talks with the UK, and said he expected trade between the two countries to increase two-fold.

The foreign secretary traveled to the US with International Trade Secretary Liz Truss, who will meet her US counterpart Wilbur Ross this week.

Truss said "negotiating and signing an exciting new free trade agreement with the US" was one of her priorities.

Some economic analysts have expressed fears a no-deal Brexit could pave the way for hard handed trade negotiations by the US. A leaked report last week suggested talks over a free trade deal with the US were "in jeopardy."

The US is the UK's biggest individual trading partner, with around $64.4 billion of westward exports in 2018. As a bloc, the EU is a bigger trade partner.