The UK's AWE entity is in charge of maintaining the country's nuclear warheads. For many years, it has been managed by a consortium dominated by the US arms company Lockheed Martin. This is about to change. 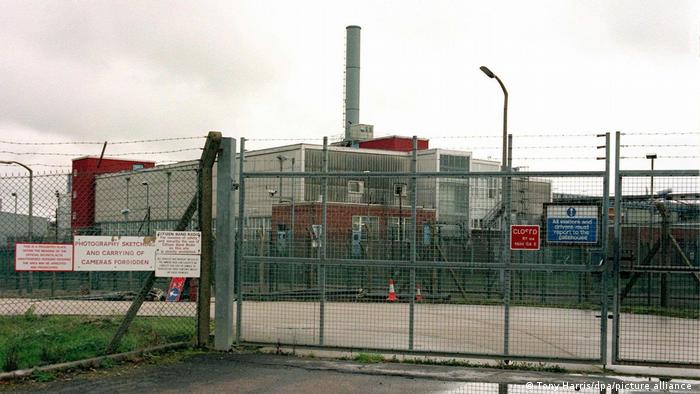 The authorities would remove the "current commercial arrangements" to enhance the "agility" of the UK's nuclear deterrent program, the ministry said.

Since 2000, the Atomic Weapons Establishment (AWE) has been run day-to-day by a three-way consortium, comprising Serco (24.5%), the US contractor Lockheed Martin (51%) and the US engineering services company Jacobs (24.5%).

Britain's ordnance privatization dates back to 1987 and a re-election win by conservative premier Margaret Thatcher, when AWE's predecessor entity was conceived, with London holding what it called a "golden share."

AWE, on its website, says it "maintains” Britain's nuclear stockpile under "high safety and security standards at all times."

In July 2015, AWE was served with an improvement notice by Britain's Office for Nuclear Regulation (ONR) for "failing to demonstrate that its long-term strategy for managing Higher Active radioactive Waste" stored in 1,000 drums would reduce future risks to the public and employees.

The ONR gave AWE until September 2016 to demonstrate compliance.

Near the main Aldermaston site, AWE also operates Blacknest to detect seismic signals generated by underground nuclear explosions "all over the world." 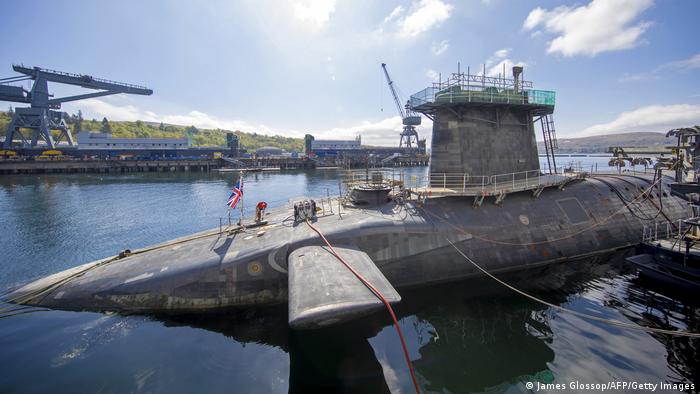 One of the UK's Trident nuclear submarines at HM Naval Base Clyd, Faslane in Scotland

The UK is part of the trans-Atlantic military alliance NATO, led by the US. Britain's nuclear fleet is located at Faslane in western Scotland, where last month thousands of NATO personnel took part in a regular exercise called Joint Warrior.

A British newspaper has alleged that an unarmed nuclear missile veered off course and headed toward the US in a 2016 test. The Trident system is the country's only nuclear weapon system and aims to deter threats.

Nuclear weapons ban to enter into force despite US opposition

The UN Treaty on the Prohibition of Nuclear Weapons needed a minimum of 50 states to ratify it. The 75th anniversary of Nagasaki and Hiroshima atomic bomb attacks prompted a wave of countries sign up.

British MPs have voted overwhelmingly in favor of renewing their ageing nuclear weapons system, Trident. Some observers say new PM Theresa May is using the vote to unify her party after a bruising Brexit campaign.