Foreign ministries from Germany and the UK have released a statement suggesting closer collaboration as well as the UK's backing for Germany to have "a new permanent seat at the United Nations Security Council." 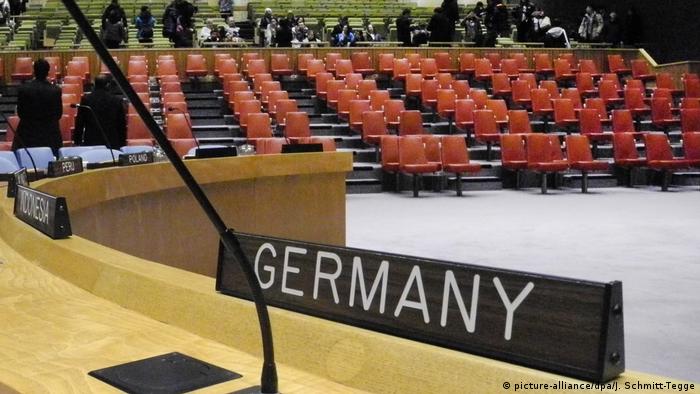 Germany took a step toward fulfilling its long-held ambition of becoming a permanent member of the UN Security Council, with Britain lending its support to the notion on Wednesday.

"We support a new permanent seat at the United Nations Security Council for the Federal Republic of Germany," a joint statement from the UK and German foreign ministries said, adding the two countries agreed to hold an annual "strategic dialogue" on global affairs.

The statement, signed by German Foreign Minister Heiko Maas and British counterpart Dominic Raab, highlights the wish to work towards "responsible leadership on foreign policy issues in support of multilateralism and a rules-based international order."

"We affirm our commitment to the strategic unity of Europe," the statement continued, "and our joint unconditional commitment to Euro-Atlantic security."

Germany has sought for years to gain a permanent seat on the body aimed at ensuring international peace and security, where fellow European nations the UK and France are permanent members, but, so far, Berlin has made little headway.

Meanwhile, Germany's outgoing envoy to the UN warned the Security Council risked losing its legitimacy if its composition did not change to reflect the world's current order.

Christoph Heusgen said China and Russia were the key obstacles to bringing about the reforms that the German and British foreign ministries are seeking.

"It's primarily down to countries like China and Russia that no reform attempts have succeeded," he told Reuters news agency on his final day at the UN. "China has no qualms about using any and all levers to block reform. It wants to secure its special status as the only Asian Security Council member."

The Security Council still largely reflects the balance of power at the end of World War II. Tasked with ensuring international peace and security, the Council's five permanent members are China, France, Russia, the UK and the US. Ten other countries also serve on the Council, elected on a regional basis, for terms of two years each. Only the five permanent members, however, have a veto allowing them to block any resolutions the Council considers.

Angela Merkel will meet the queen on Friday when she travels to the UK for talks with Boris Johnson. The visit seeks to iron out issues burdening diplomatic relations.