As Russia and China attempt to master sophisticated technologies, the head of MI6 has warned that "unlike Q in the Bond movies, we cannot do it all in-house." 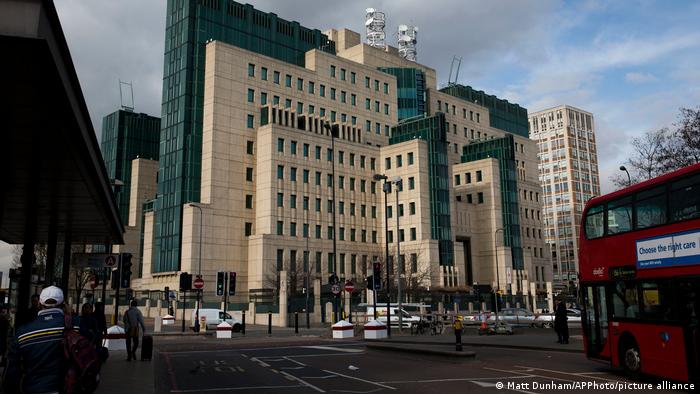 The West needs to ease up on its deep-rooted secrecy and seek help from global tech firms in the face of rapidly changing cyber threats, according to the head of the UK's foreign intelligence service.

"Our adversaries are pouring money and ambition into mastering artificial intelligence, quantum computing and synthetic biology, because they know that mastering these technologies will give them leverage," MI6 chief Richard Moore said Tuesday in his first public speech since he took over the Secret Intelligence Service (MI6) in October 2020.

In extracts released by the government ahead of Moore’s address, he said the agency must "become more open to stay secret" in a world of destabilizing technological changes.

"According to some assessments, we may experience more technological progress in the next 10 years than in the last century, with a disruptive impact equal to the industrial revolution," he said. "As a society, we have yet to internalize this stark fact and its potential impact on global geopolitics."

The biggest cause for concern is Russia and China’s fast-paced attempt to harness the power of sophisticated technologies, often at a faster pace than in the West.

In the years to come, Beijing could dominate nearly all of the key emerging technologies, especially artificial intelligence, synthetic biology and genetics, western intelligence agencies fear.

To keep up with the advancements, British spies "are now pursuing partnerships with the tech community to help develop world-class technologies to solve our biggest mission problems," Moore said.

"Unlike Q in the Bond movies, we cannot do it all in-house," Moore explained, referring to Ian Fleming’s fictional character James Bond.

"We cannot hope to replicate the global tech industry, so we must tap into it," he will say. "We must become more open, to stay secret."